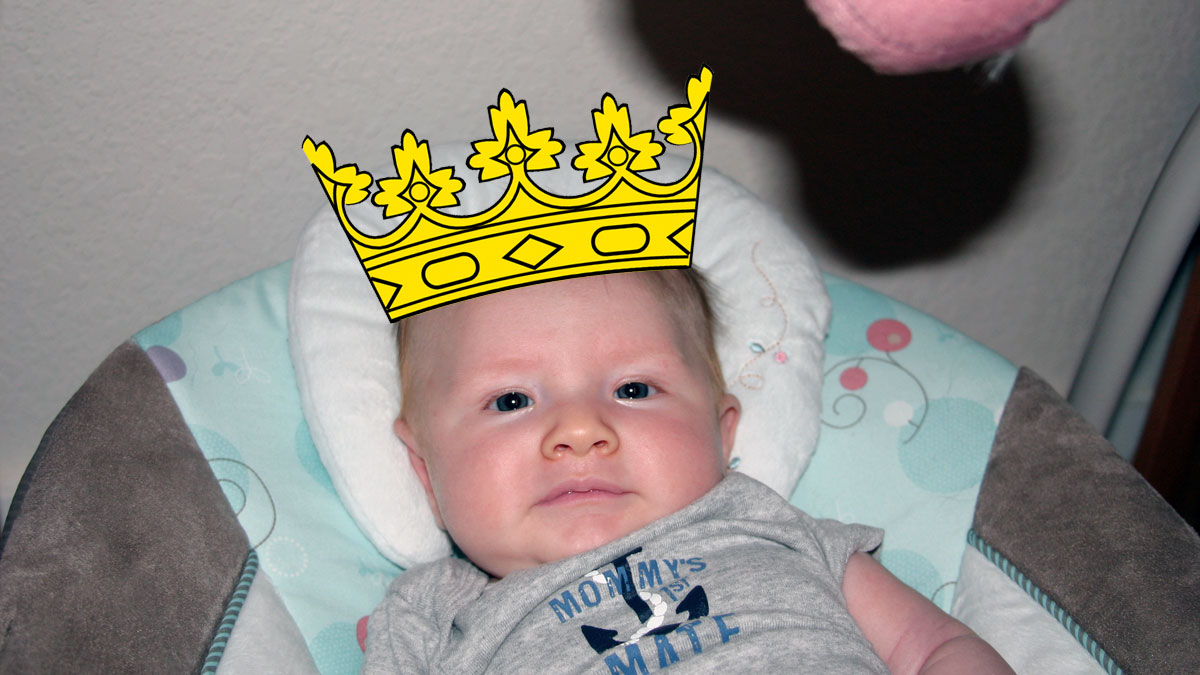 While we’ve had our share of ups and downs with Popeye, we still feel like we won the fussy-pants lottery when it comes to his temperament. Sure, there are times when he just won’t go to sleep until we’ve paced the house with him in our arms for 10 minutes (in case you care, there are precisely 32 steps from the top of the stairs to his nursery and back) or he’ll start moaning if he’s in our laps and he gets bored (it’s surprisingly hard to concentrate when he’s going “unnnnnnhhhh, unnnnnnhhhh, unnnnnnhhhh”).

He seems to be progressing pretty well as far as babies go. The little man can hold his neck up during tummy time, stand up and take steps with some help and can even talk up a storm in his native baby-ese. Am I the only one who thinks that every third word out of a baby’s mouth is a curse word?

So as he forever leaves double digits behind (mama will shed a tear when she reads that), we enter the long and winding road of triple digits. I can’t even fathom how much he will change by the time he hits 1,000 days, which will be just before his 3rd birthday. The little man will become a big man and it will happen sooner than we think.

There is a Chinese tradition that celebrates the 100th day of a baby’s life. Friends and relatives bring clothes, jewelry, chicken and fish. According to tradition, you are supposed to rub the chicken’s tongue over the baby’s lips so that they will be a good talker (the baby, not the chicken). Since Popeye is only a quarter Chinese and we don’t see too much in the way of chicken tongues in America, perhaps we will just eat some chicken, give him a smooch with our chicken breath and then hope that he’s at least an okay talker.

With that in mind, it seems like a pretty big occasion and we should celebrate everything Popeye has done during his first 100 days. Since you most likely don’t want to watch all 8,640,000 seconds of his life thus far, I have politely shortened it down to a much more palatable 100 seconds.

So without further ado, here’s a second per day of Popeye’s first 100 days:

Who knew that babies were constantly changing little buggers that can shift so dramatically from one day to another? So much so, that you seriously entertain the theory that someone broke into your house during the night, and all they did was switch out your kid with a clone that…