I am always a little behind when it comes to tying in current events on this site, so it should come as little surprise that I am just now going to bring up Derek Jeter. I spent my youth as a Yankee fan, watching as Phil Rizzuto and Bill White added commentary to the games on WPIX and listening late at night on WCBS AM when the Bombers went out on their west coast road trips.

Don Mattingly was my hero then. He was the hard-working, contact-hitting, gold-glove playing first basemen who was affectionately known as Donny Baseball. He was a great player on a mediocre team, and would have been a shoe-in for the hall of fame if a troublesome back injury hadn’t shortened his career. In 1995, during his last season, the Yankees finally got into the playoffs as a wildcard team. They ultimately lost to Seattle in game 5, but Mattingly played well during the series.

A rookie shortstop traveled with the team to Seattle and got his first post season experience watching Donny and the Yankees fall to the Mariners. He would become a starter the next season and along with Tino Martinez, who replaced Mattingly at first base, Derek Jeter would become the new face of the Yankees and usher in a dynasty that ultimately included winning five World Series over the next 14 seasons.

What’s the point of all of this you ask? With Jeter’s retirement a few weeks ago, a sudden realization came over me that Popeye would never get to see Derek Jeter play baseball. Will he even like baseball? Will there still be players worth rooting for?

One of my favorite television shows is Seinfeld. To this day, if I come across a rerun, I still enjoy it immensely and I think that the humor holds up pretty well. I recently read an article that pointed out that many of the plot lines in Seinfeld revolved around the notion that the characters couldn’t locate each other. In fact, many of the issues faced by Jerry, George, Elaine and Kramer would be easily solved by the technology that exists today. Where would the humor come from if Jerry and the gang had smartphones?

It then hit me that kids today will not even understand many of the jokes in a typical Seinfeld episode. There’s a high probability that my son will think that Seinfeld is… stupid.

So these two events got me to thinking about other things the little man won’t get to see or won’t see the point of. Here are 7 things today’s kids won’t understand. 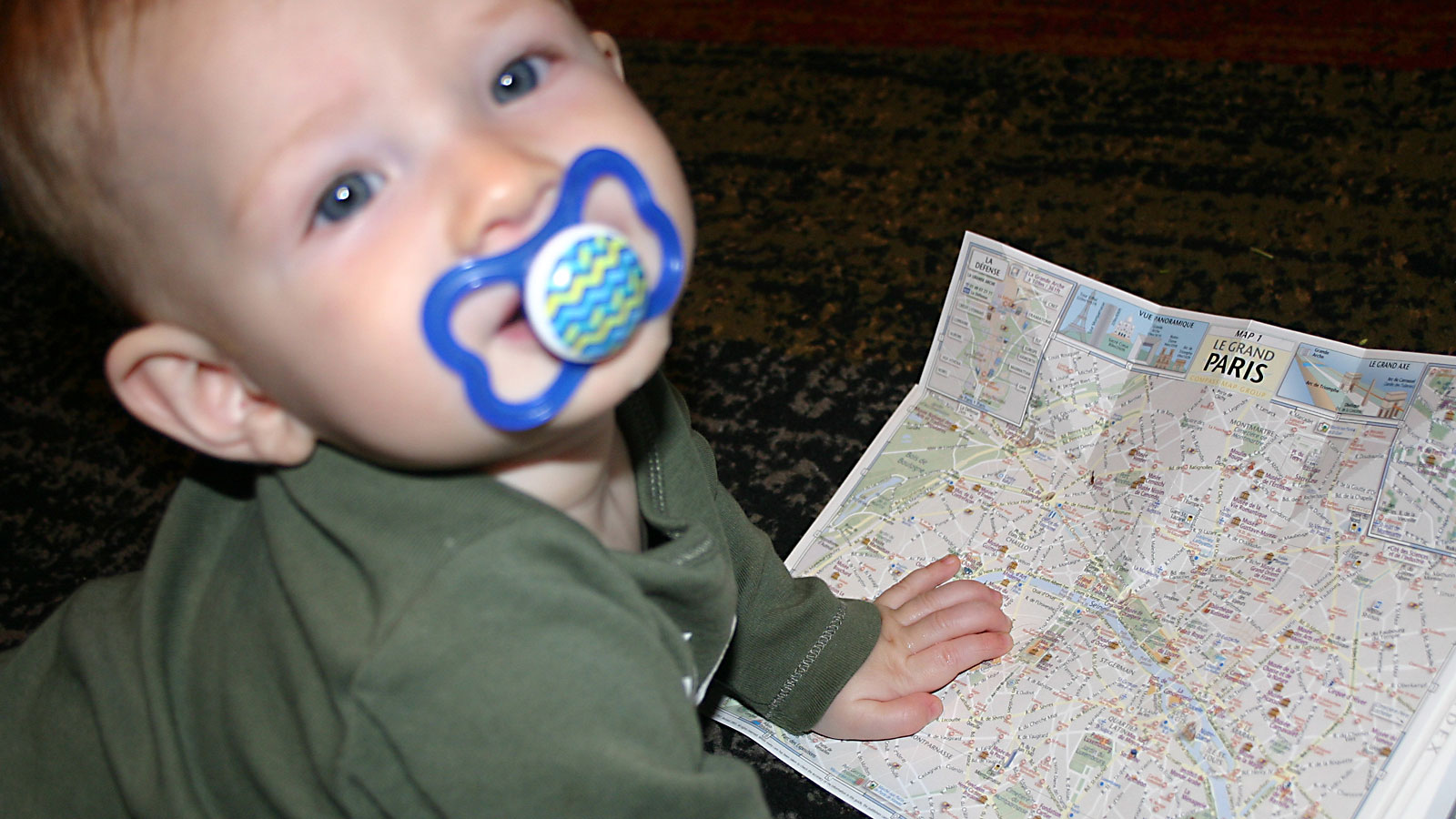 I knew I should have taken that left turn at Albuquerque

Though I faintly recall a time when maps and atlases were how we successfully traveled long distances, my most lasting memories are the countless times that MapQuest let me down. You’d locate your destination online, print out the step by step directions and be on your merry way. Things would begin well enough, the first few steps went great and your optimism was high, but then you’d get to a step that was either physically impossible or totally incorrect. Eventually, you either gave up completely, had to pull over and find a pay phone or you accidentally found your way to your destination and arrived with a crumpled up printout, high anxiety and newfound anger issues.

2. Today’s Kids Have Answers at Their Fingertips

That SpongeBob fella looks very familiar, I wonder what else he’s been in?

You know that nagging feeling when you kind of recognize someone in a movie but can’t quite place them? Before Google and IMDB, you actually had to rely on your memory to recall where you had seen that actor. If it really bothered you, then you called someone and hoped that they could help you solve the riddle before it drove you to the brink of madness. The same thing happened when a commercial came on and you wanted to know the song. Now, you just click on your phone, hold it up towards the TV and in a few seconds you have the artist, the song name and even a link to buy the song if you feel so inclined. Note: I have yet to feel so inclined.

3. Today’s Kids Will Use Their Phones For Everything Except Phone Calls 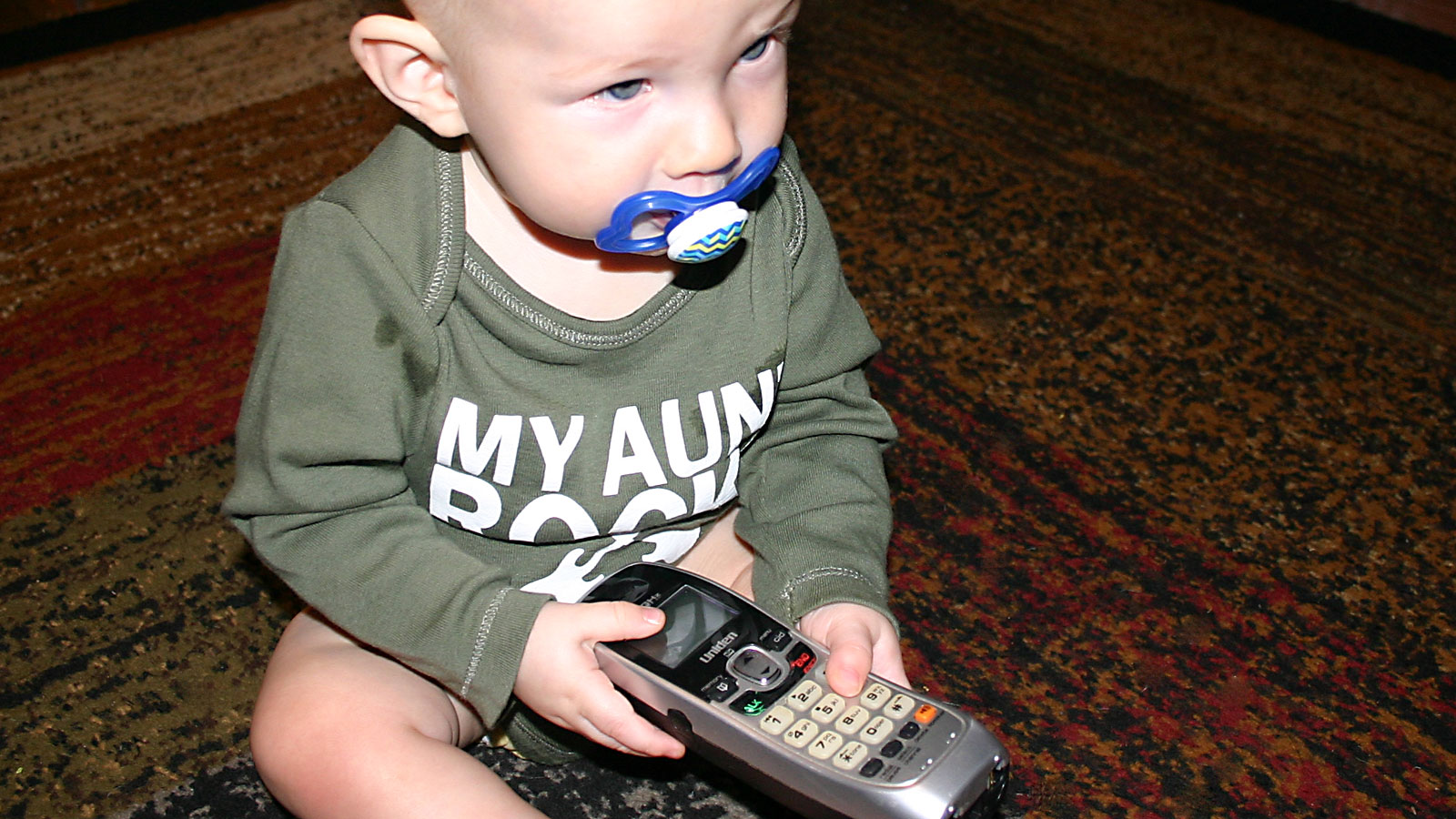 How do I get Minecraft on this thing?

Even for those of us who lived before smartphones it’s hard to recall the time when the only thing a phone did was connect you with someone else via a wire. Do you remember that anxious and exhilarating feeling of not knowing who was calling you? Do you recall memorizing the phone number of someone that you had a crush on? How about when a few long distance phone calls could set you, or your parents (most likely your parents), back hundreds of dollars? Remember the sound of your dial up modem connecting to America Online or not being able to get in touch with someone because of a busy signal? Kids today will not understand any of this.

When I initially started That Poore Baby, it was going to be a little journal to document the journey of having a baby. I decided to use Tumblr since I had always heard how great it is and I liked the idea of doing a mix of short posts, photos,…