I bet that it is probably pretty stressful to be a baby. You spend your time relying on some adults, whom you had no choice in selecting, to anticipate and fulfill your every need. They normally fail epically and you have to basically hold their hand and guide them to the correct result using the only tools you have at your disposal. Crying, pointing, half-formed words and half-assed signs. Babies need vacations.

The little dude has logged some serious airline miles in his first 19 months. He has now been on ten flights (counting connections) and visited two other countries. Mama took him to Jamaica in January, we went to Florida in May and a few weeks ago we visited Puerto Vallarta in Mexico. 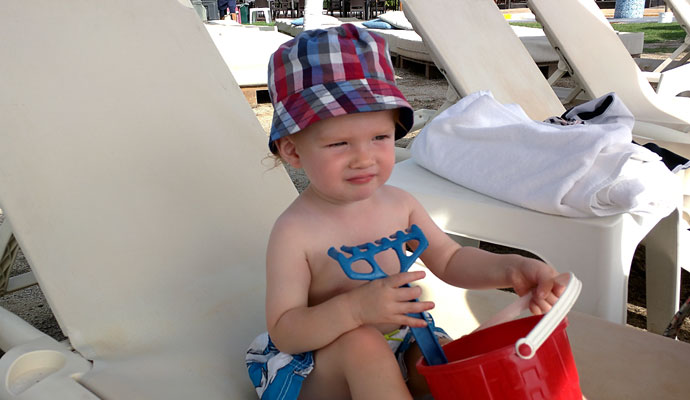 If you could just bring the sand to me, I’d be set

As you can see, the little niño wasted no tiempo getting into vacation mode. He loves the water so this trip was right in his wheelcasa (muy cleveroso, no?). If you believe in astrology, his love of water is because he is a pisces. Personally, I think it’s because he’s a toddler and they tend to like most things. Either way, he digs it – he likes looking at it, jumping in it, splashing in it, walking by it and throwing stuff into it. 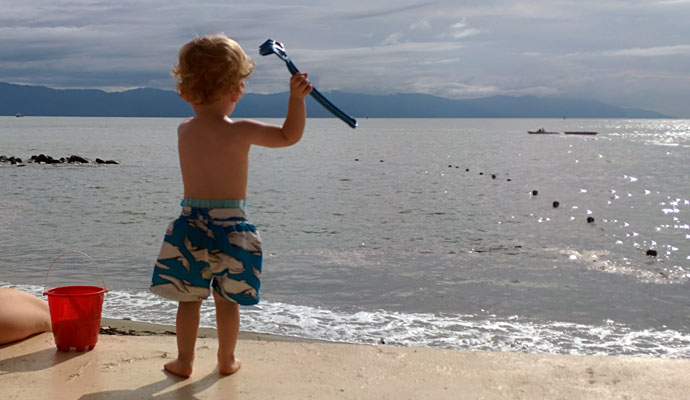 He also likes conducting it

Our hotel was located in the marina area just outside of Puerto Vallarta. It’s situated right on Banderas Bay and has a large, meandering pool which is perfect for little kids. 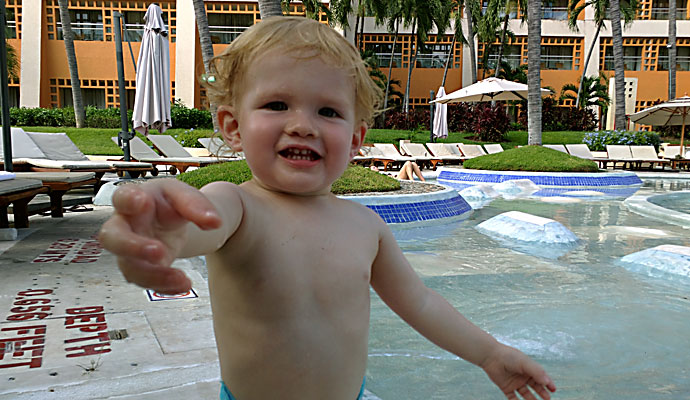 Can I use the camera? I want to get a super closeup of the water

While most of the trip was spent relaxing around the hotel, we also took a tour of the city and the surrounding area. We visited the Church of Our Lady of Guadalupe, the Cuale River flea market, the Isla Cuale open air market, the Zona Romatica and the Malecon. 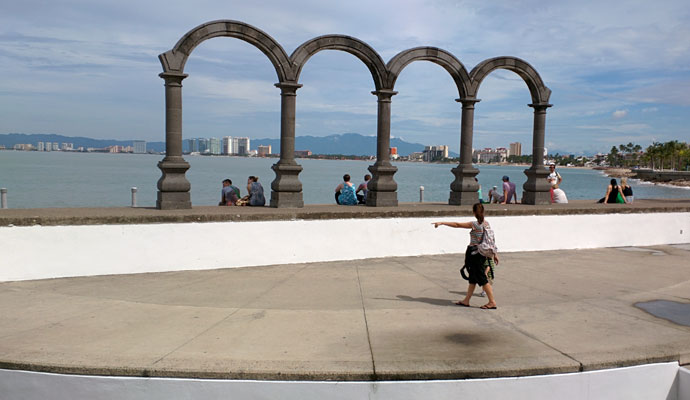 Visual proof that we did, in fact, see the Malecon

The tour took us south along the coast and up into the Sierra Madre mountains. There, we visited a tequila distillery and purchased waaaaaaaay too much of the stuff. Like Champagne, which must be from the Champagne region of France, Mexican law dictates that tequila must be produced in this area, which is the state of Jalisco. The birthplace of tequila, which is a town fittingly called Tequila, is about 2 1/2 hours away.

After loading up on tequila, the tour headed higher up the mountain to the Nogalito Eco Park. There, we had lunch in the trees while being serenaded by birds and overlooking a river, a waterfall and the tropical canopy. 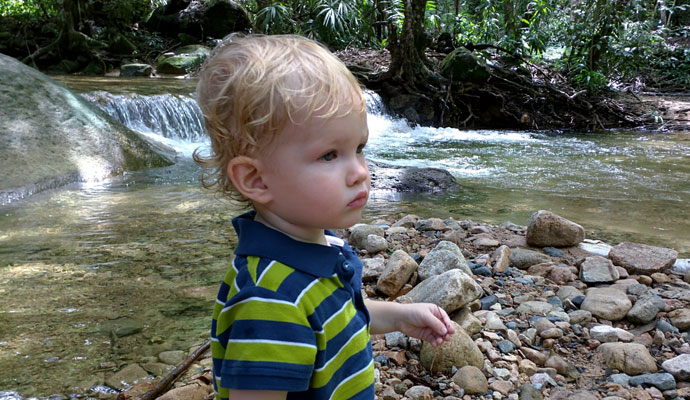 He was either reflecting on a relaxing trip or preparing to poop. Hard to say.

We visited Seattle in July with soon-to-be Grandma Esther and soon-to-be Aunt Pickle. We stayed in a rental downtown and were within walking distance of the harbor, Pike Place Market and public transportation. We were there for a week and it did not rain one drop. In case this is…