The little man is quick on the draw. He will grasp at anything and occasionally lock on to something with his mighty pinscher grip. His wingspan is deceiving, since it still appears that he has T-Rex arms, and he can latch on to a curtain as you’re walking by and completely dislodge the rod. Open the fridge to grab something to drink and he will make a valiant play at the eggs.

He also is quickly mastering finger control. Mama handed him the Roku remote the other day, and within seconds, he had added a new channel and changed the language to French. If you happen to own a Roku, I urge you to see how many steps you must take to change the language. Spoiler alert: It’s a buttload.

What took him 20 seconds to do, took me 5 minutes to undo. Parlez-vous Français?

When he was one month old, he did not do a whole lot. But he did one thing very well and each time I struggle to get him to go to sleep, I fondly remember how easy it was in those first few months. At two months, he began to smile and started to realize that we existed, so that was nice. By the time he reached three months, he was cooing and kicking and really starting to see the world around him.

At four months, he discovered the joy of rolling over and we discovered that it would never be easy to change him again. We also discovered the two words that haunt new parents and which I refuse to type (hint: it rhymes with sheep aggression). By the time he reached five months, he was beginning to scooch and babydoze his way all over the place and the “sheep” were still quite “aggressive.” 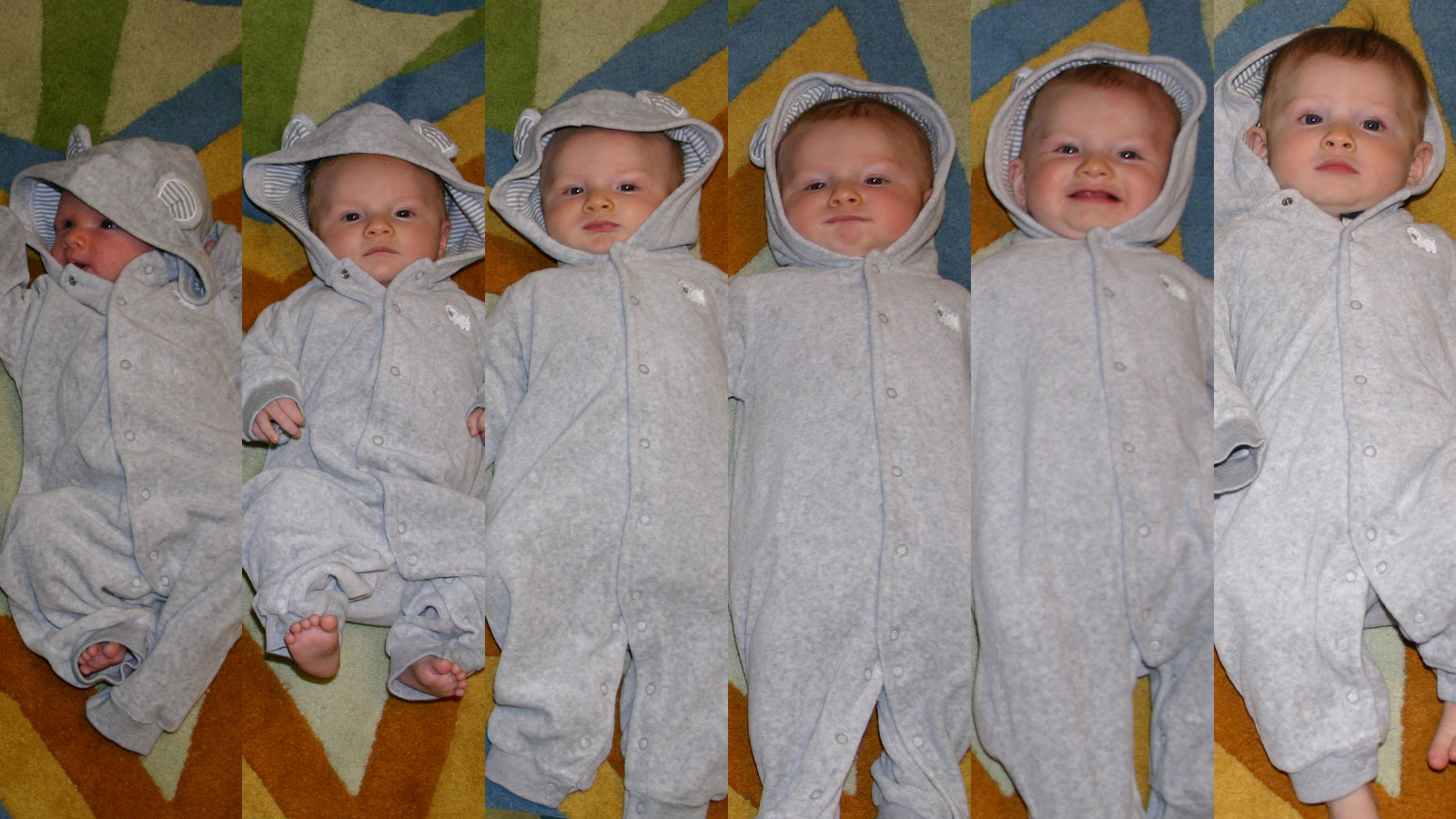 Parenting tip: If you plan to use the same outfit for your monthly photo sesh, choose a size way bigger than you think you will need. This size 12M is going to be an epic struggle at around 10 months.

Before we had the lad, I came across an amazing video that showed a second per day of a baby’s first year and I decided that I was going to do the same thing. I am pleased to say that as of 6 months, I have not missed a day. I will readily admit that there have been some mad dashes as the boy was being put to bed and/or already asleep, but every day is accounted for. In retrospect, it was probably not the best idea for a first time parent to attempt, and now that the precedence has been set, I have no choice but to do it all over again for any future offspring.

Since a second per day of six months is over three minutes long, which is about two minutes and fifty seconds longer than many people like to look at other people’s kids, I have made two versions of the video. Consider it a choose your own adventure from That Poore Baby.