When you’re preparing to have a baby you imagine how the big moments will go and, more often than not, the little movie in your head is epic perfection. You can picture yourself on bended knee as your baby rises to his feet for the very first time, carefully balancing while looking at you. He gingerly takes his first step. And then another and another, finally falling into your outstretched arms as the glow of a beautiful sunset peaks in through the blinds and accentuates the smiles on your faces.

While the reality is still amazing, it’s more of a gradual thing without a real defining moment. In our case the little dude worked on his wobbly stance on and off for a few weeks and sidled around the couch from time to time. Every once in a while he would take a step or two before losing his balance. Eventually, his balance improved and he began extending the distance he traveled before the imminent connection of butt and ground.

His balance got better and he started falling less and walking more. Without fanfare, or nary a trumpet blazing, he had learned to walk. But when? What date was I supposed to put into his baby book? Wasn’t it supposed to be more dramatic? Also, where is that baby book? 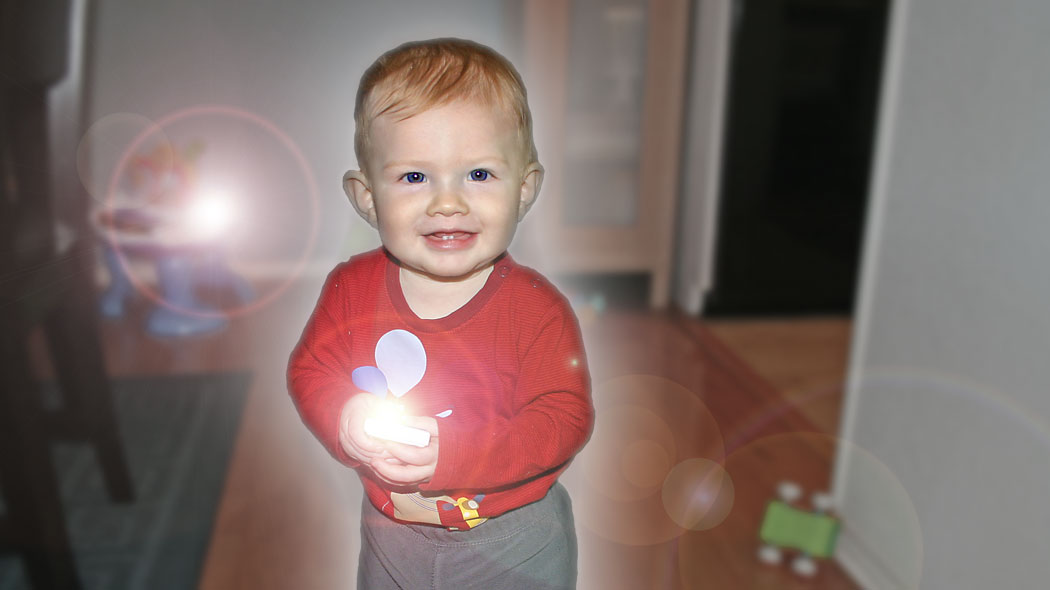 Wasn’t there supposed to be more lens flare?

Many of the major baby milestones are like this:

It stands to reason that a baby’s first word would be hard to pin down, and the reality is that it’s pretty much impossible. The problem is that they don’t just go from being mute to being brilliant conversationalists. They begin with different sounds and eventually figure out how to put them together into coherent words.

In their little minds, when they make one of their sounds it makes total sense and anyone who is within earshot should understand it. This can cause major frustration to everyone involved. Especially when the bulk of the things in their world begin with the same letter… 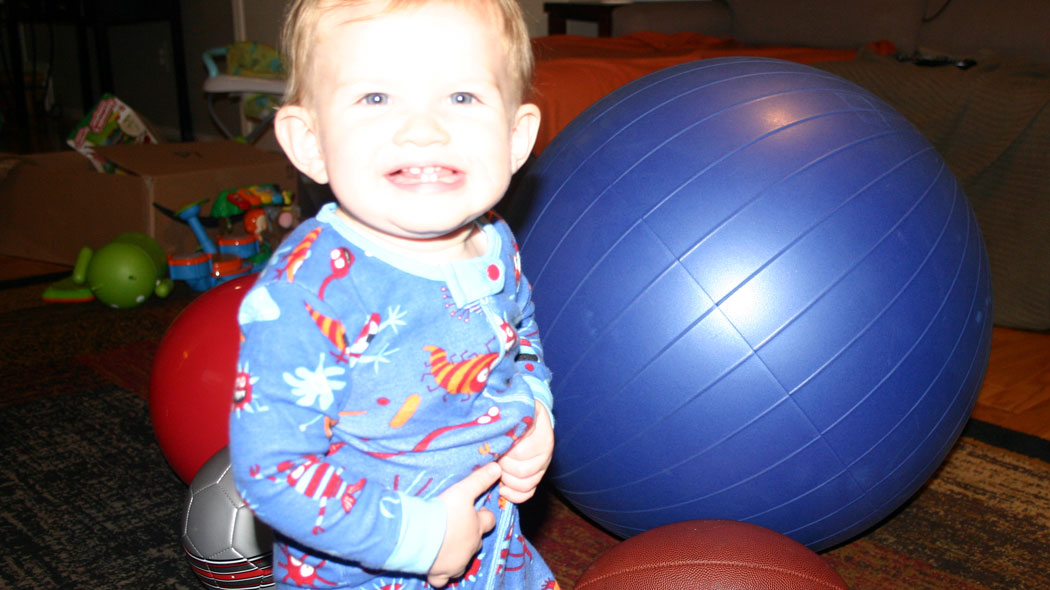 He’s very proud of his balls

If I had to pick out his first word, I am pretty sure that it was ball. He was an avid ball fan from early on and still enjoys his collection.

I despise bananas. Everything about them rubs me the wrong way. The way they turn brown, their fibrous texture, and worst of all, the way they smell. It turns my stomach and sets off my gag reflex. Therefore, it comes as no surprise that my offspring would love bananas. Because life can be a vindictive poop wafer.

We could get him the most awesome, most amazing and most righteous toy and odds are very high that he would prefer to play with the box that it came in.

Proof that some stereotypes are true: Babies love balloons almost as much as mommies love Facebook. 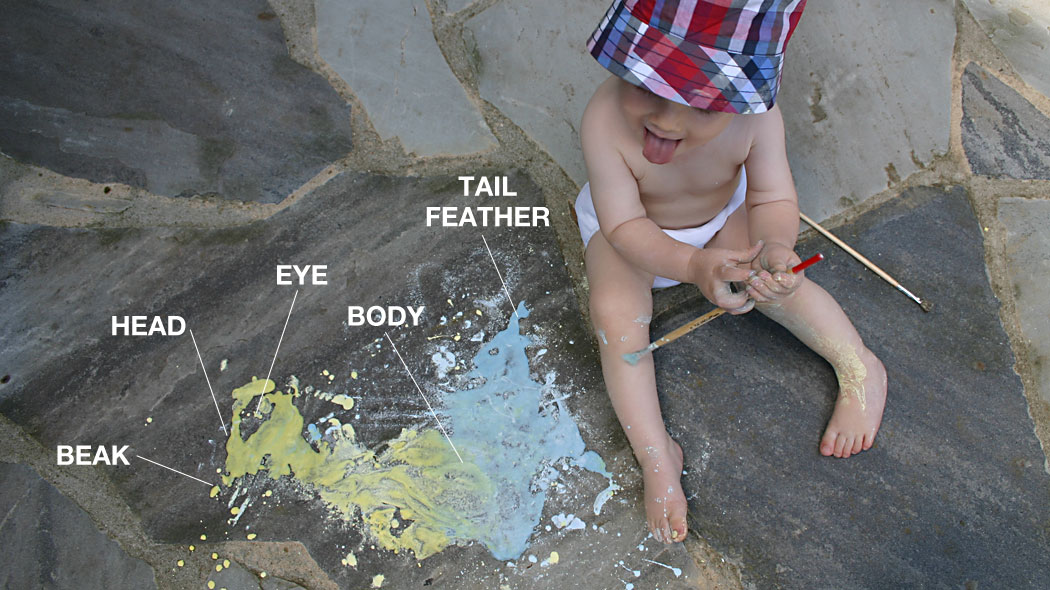 I swear that he purposely painted a bird.

The little dude is infatuated with birds. He could be surrounded by balls, books, bananas, boxes, balloons and bottles but none of it would matter if a bird happened onto the scene. Nothing excites this kid more than going outside and looking for birds.