Popeye turned 5 months old yesterday and he was so excited that he woke up to remind me at 12, 2:30 and 5. Let me point out that those are the ante meridiem versions of those times, which is the fancy pants way of saying the middle of the night. Also known as trying to sleep so that it is possible to function the next day. Did I also mention that when he woke at 5, he decided to implement horseshoe rules? 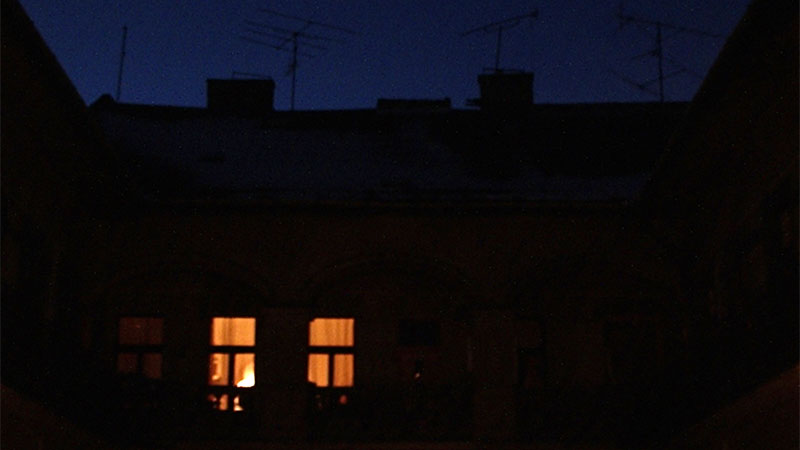 It’s close enough Pop, let’s go get our breakfast on!

Luckily it was a Saturday, so the need for a fully functioning brain was pretty low. Also, mama would be rolling in from work around 7:30 and I would be able to sneak in another hour while she spent some time with the little man. Follow that up with an extra strong coffee and an ibuprofen, and things might possibly get back on track.

Popeye is 5 months old and we’ve had good days and bad days and going half mad days. I’m sure Clint won’t mind if we start with the ugly and work our way back to the good. 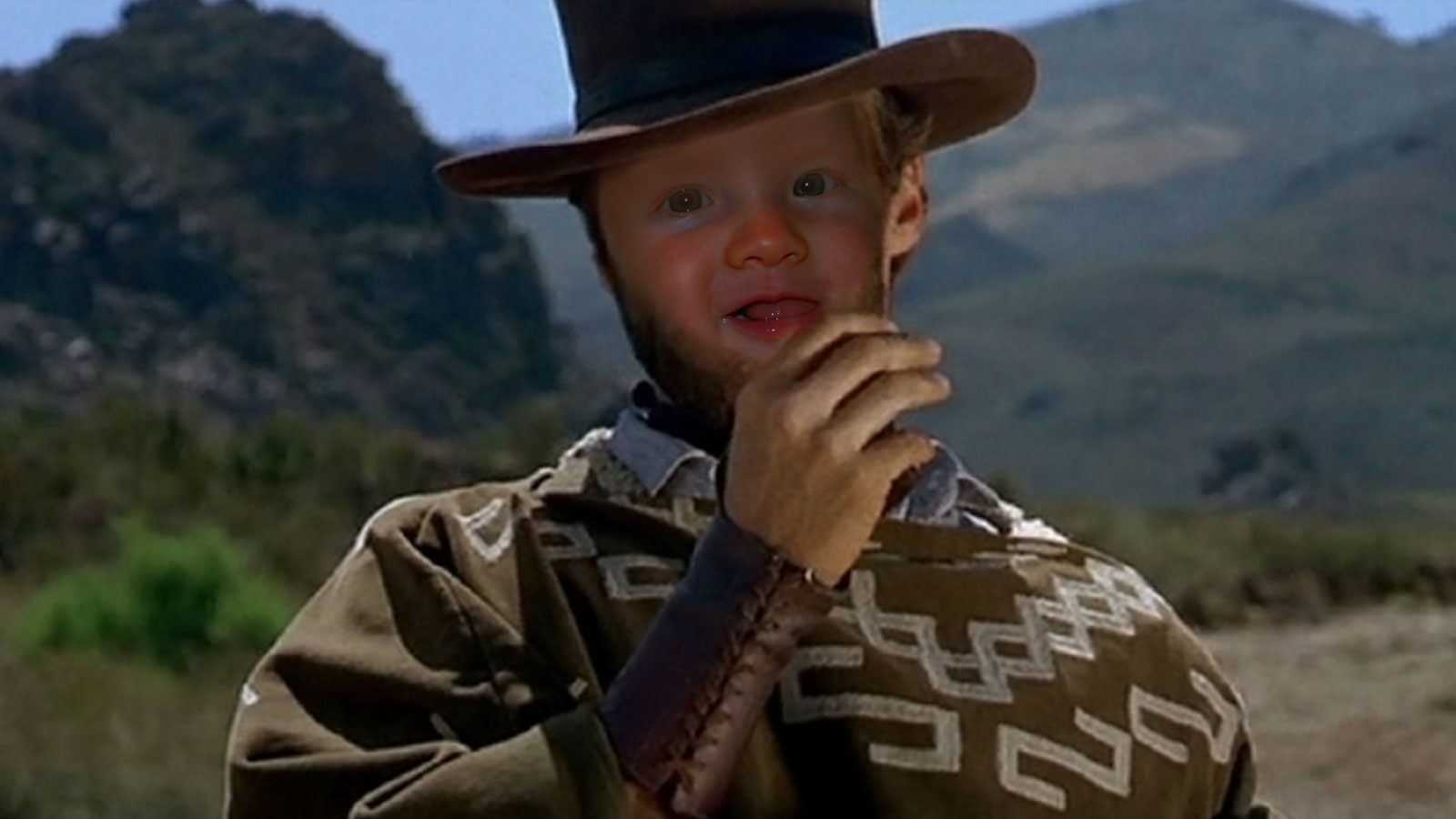 “You see, in this world there’s two kinds of people, my friend: Those with loaded diapers and those who change them. You change them.” (Photo by Sergio Leone / Public Domain)

Not to beat a dead horse to death with a not sleeping horse, but this sleep regression phase is maddening. Every time we think we have it figured out, Popeye Shyamalan throws in more ridiculously absurd twists to the point where even he forgets what’s going on. The boy can be wailing inconsolably one second, and laughing the next.

When he does get to sleep, he is normally good for up to 5 hours… as long as he makes it past the dreaded 30 minute mark. This is some magic baby checkpoint where they decide if they want to continue sleeping or if they’d rather push you to the brink of insanity. It’s pretty much a toss up as to which one they will choose.

The little man will also flip and flop like a freshly caught fish. I often wonder if he’s just trying to cover each and every square inch of the crib each night like a pajama-clad Roomba. Sometimes I’ll look at the baby monitor and I swear he’s practicing yoga.

Here he is transitioning from downward dog to child’s pose

For any non-parents or soon-to-be parents out there, the transfer is that tricky time when you have the baby asleep in your arms and you try to maneuver him into the crib without any wakies. You have to get your hips parallel to the crib, do a partial squat and slightly lean forward so that your hovering over the mattress. That’s the easy part. Next, you have to shift one arm from his body to his head while using the other arm to take over support duties. If your arms are getting along that day, this can be pulled off, without incident, roughly 62% of the time. If he stirs at all, it’s back to the beginning.

Once you get your arms in the correct position, it’s time to present your gift to the sleep gods, both old and new. You lower him into the crib, slow enough so that it doesn’t trigger his fall reflex, but fast enough to keep it smooth. The allowable variance is minuscule, so it’s incredibly tricky to pulls this off with any regularity. If you screw it up, it’s back to the beginning.

If you’ve made it this far, then your pulse has quickened and your pillow begins calling out it’s sweet siren song from the bedroom. You can taste sleep now and it tastes like victory. With the skill of a pilot touching down a 737, you set the body down and slowly lower the head. You deftly slide your hands away, without incident, and wait with bated breath.

With Popeye, if he turns to his side then everything should be okay. If he turns onto his belly though, it’s all the way back to the beginning. It’s not out of the question to spend two hours repeating these steps over and over and over again.

Ever seen a baby scooch across the floor for the first time, as they begin their long journey of discovering mobility? How about when they see you when you get home from work, and their little eyes light up? Or when they’re jabbering away and you think you hear a word forming amongst all the garbled nonsense? Even something small like when you go to pick them up and they hold out their chubby, dimpled baby arms for you to grab. These are just a few of the things that make it all worthwhile.

You know what the most amazing thing is? How just one single second of one of these good things can magically erase all of the bad and ugly things. Popeye may push our buttons, but he’s got a firm grasp on our hearts.

Can he just learn how to sleep better?

Photo from The Good, the Bad and the Ugly:
By Sergio Leone [Public domain], via Wikimedia Commons” href=”http://commons.wikimedia.org/wiki/File%3AClint_Eastwood1.png

When you are in the process of having your first baby, also known as expecting, you look at everything in a big picture sense because you have no frame of reference. When it comes to baby proofing the house, we all know the major items: electrical outlets, corners, disgustingly unclean…