Wednesday marked the 20th week of Popeye’s life sentence here on Earth. He celebrated by doing what babies do best: sleep, pee, eat, pee, poop, pee, fart, and repeat until it’s time to go to college (where he’ll presumably add parties to the list). He’s gotten really good at it.

He’s gotten pretty good at a bunch of other things as well, so I thought I’d do a little compare and contrast to see how far we’ve come in these last 40 weeks. 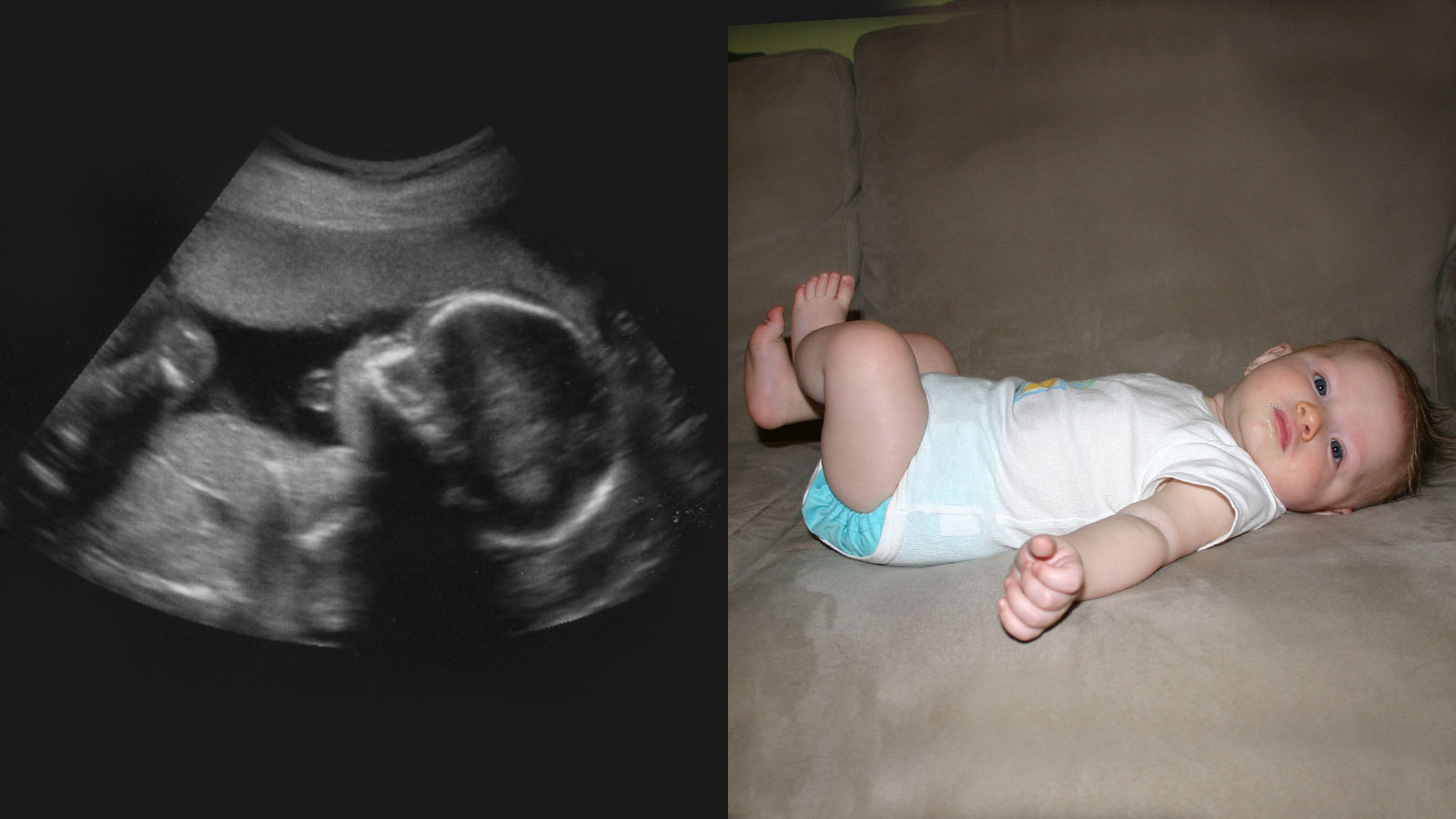 Wait, which one is which?

20 Weeks In: As far as fetuses (feti?) go, he started kicking early and often during his stint in the bun oven. As he got further along, there were many times I was able to see his little limbs as they attempted to burst through mama’s belly Alien-style.

20 Weeks Out: While I’m no soccer aficionado, I believe this boy has a future in the sport. We have a two story house (because that’s how we roll), so when Popeye is on the floor in his upstairs room and get’s his kick on, when I’m downstairs it sounds like a drummer practicing his paradiddles. A drummer that has absolutely no business calling themselves a drummer and/or being anywhere near drums of any type.

Full disclosure: I really just wanted to use the word paradiddle. 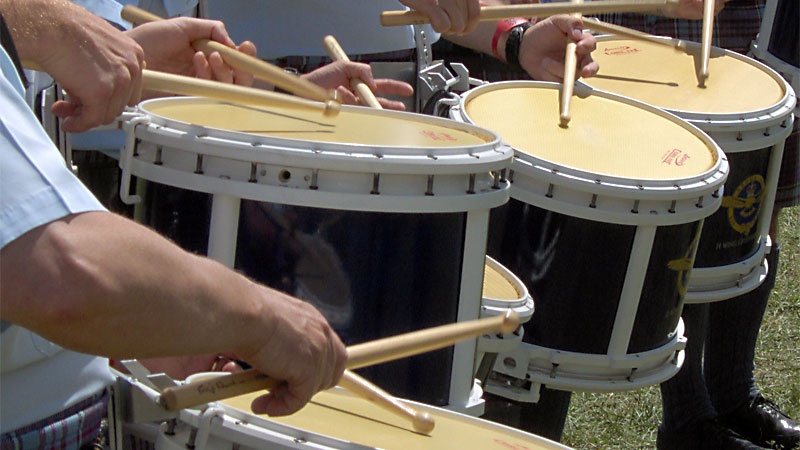 If you are in the act of playing paradiddles, are you paradiddling? (photo by Alistair Williams)

20 Weeks In: While I truly have no idea how well the little tyke slept in utero, I know precisely how well I slept. In case you are wondering, the answer was absolutely fantastic. I was a highly ranked, world class sleeper.

20 Weeks Out: I fear that my ranking is in jeopardy. While I cannot remember the last time I got a full, uninterrupted night of sleep, I can guarantee you that it was more than 20 weeks ago.

20 Weeks In: Pre-Popeye had a big old noggin. I was a bit concerned when I first saw the head to body ratio on the ultrasound, but Google assured me that it was normal. I still had my doubts though, and wondered how he’d ever learn to do my bidding with such a high center of gravity. 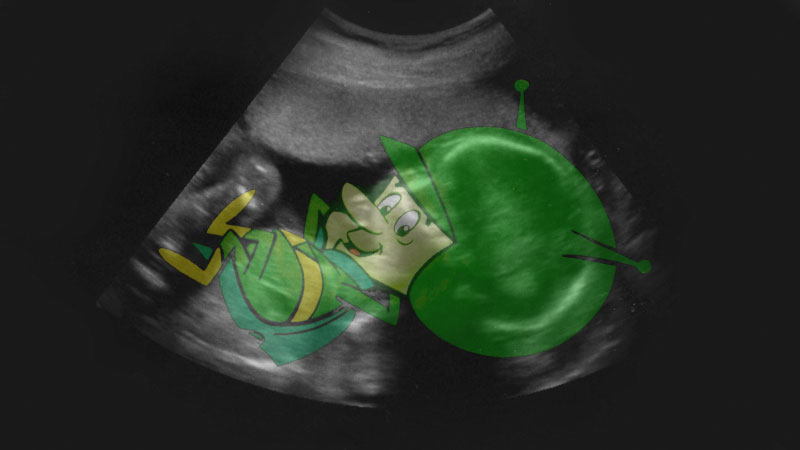 Great, my kid is going to look like the character that ruined The Flintstones.

20 Weeks Out: While we inadvertently flattened the shit out of his lovely round head in the early days, we have since gotten it almost back to normal. Who knew that sleeping him on his back for six weeks could do so much damage. Probably everyone but us.

20 Weeks In: Ah, the days of direct feeding. As long as mama remembered to eat and drink, the little man had first dibs at what she consumed.

20 Weeks Out: Is there any way to reconnect that umbilical cord and make it long enough so that mama can still go to work? While I let science work out the logistics of that, I will continue to struggle mightily with the whims of Popeye’s acceptance of bottle feeding.

20 Weeks In: While we tried to interact with our pre-offspring (inspring?) by playing music and rubbing mama’s belly, there really isn’t too much you can do in the way of meaningful dialog. 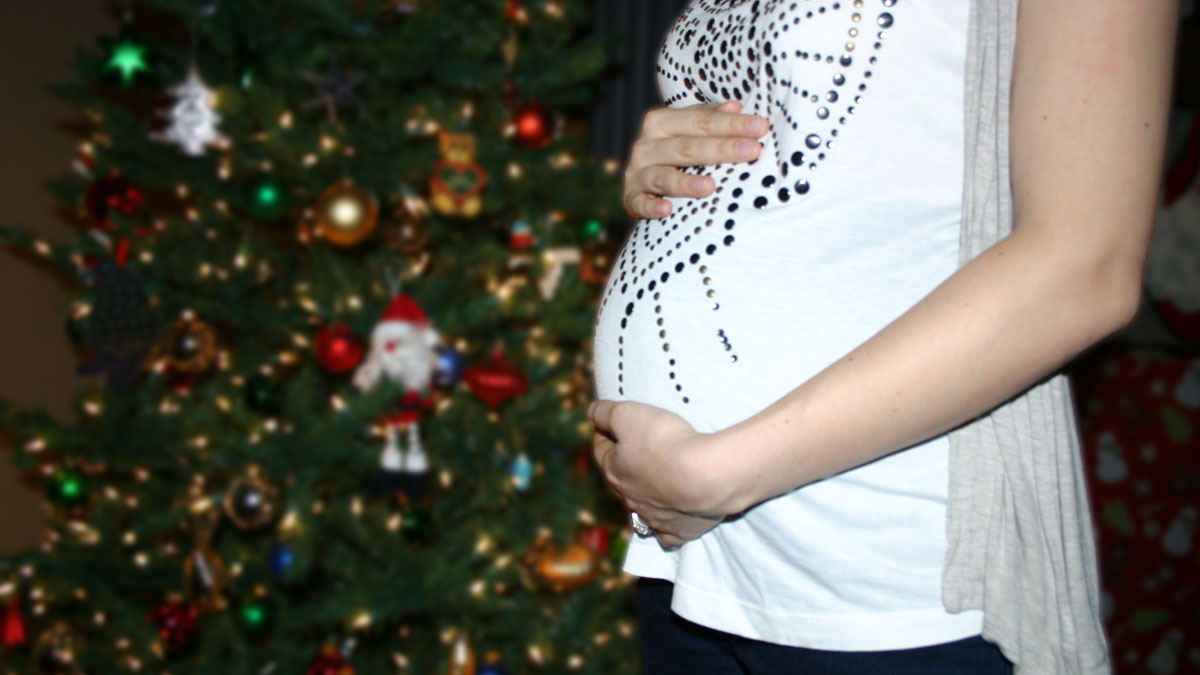 “…and that’s how Einstein’s theory of relativity works.”

20 Weeks Out: Even though the little man can test the boundaries of patience and has stolen one of my good friends, the time spent together is magical.

The last 20 weeks has been an adventure and like all the best adventures, that means dealing with hardship, joy, suspense, laughter, tears, the highest of highs, the lowest of lows and poop. Here’s hoping that the next 20 weeks contains more sleep.

Disclaimer: I believe that the image manipulation of The Great Gazoo (ABC/Hanna-Barbera) constitutes fair use in accordance with 17 U.S.C. § 107. It has no commercial purpose and cannot have any negative effect on the market for the original work.

They say you learn a ton when you have a kid and I think lesson one is to never, ever, ever, ever tell people the baby names that you are thinking of using. In fact, if you think that there is nothing that a group of people can agree on,…