While I am in no way the manliest man to ever sire a child, I am also far from being the un-manliest. With a tool box full of various screwdrivers, wrenches and drill bits and a somewhat decent idea of how they operate, I like to think that I fall somewhere in the middle with my collection of man skills.

In my LinkedIn profile, the first line of my summary is “I am not great at anything.” Basically, I like to think of myself as a renaissance man, a Jack of all trades and master of nothing. In my professional life, I have been fortunate enough to find a position where that is of great use. In my personal life, having a baby has really put the various skills to the test.

So when mama came across plans to make a learning tower using a Bekvam step stool from IKEA, I was totally on board. Actually, first I had to ask her what a learning tower was. Once that was established, I was ready to go. Any opportunity to use a power tool is an opportunity worth taking. 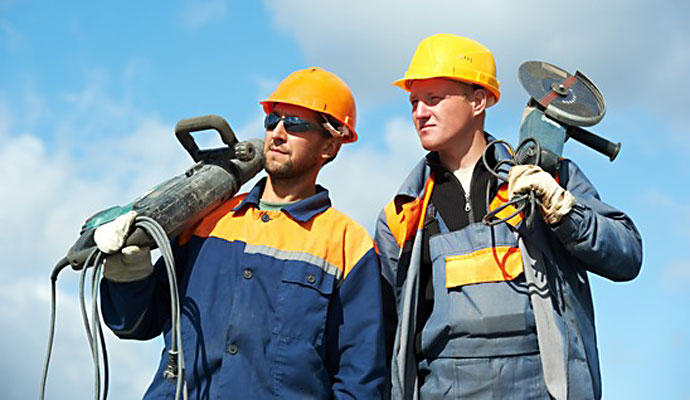 Which one is the biggest tool?

Once I did all the head-splitting math that was required in order to buy the right amount of wood (two 1x4x8’s, one 2x2x8 and a 5/8″ dowel), I was off to the store to roam the aisles in search of my wares. I victoriously returned to the house and spent the next few hours sawing, drilling, sanding and screwing. 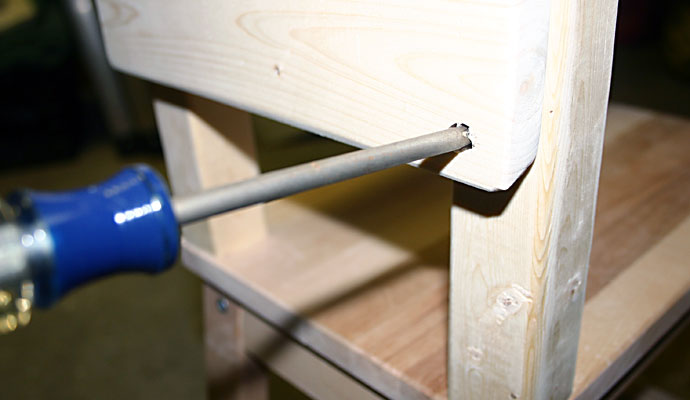 Since the end result will be used by a baby, I paid extra attention to sanding down the corners and smoothing all the surfaces. Don’t be overly impressed though, I used a powered orbital sander so it was more fun than actual work. 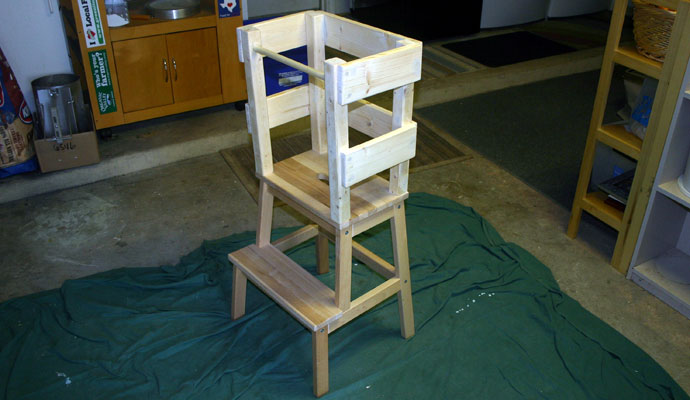 Smooth as the behind of the baby who will use it

Another shortcut I took was to use spray paint instead of painting it by hand. I initially started painting it in the garage but after I began to get high on fumes, I moved the whole operation to the backyard. I also quickly realized that one can of paint was not even close to being enough. I ended up using almost three cans of grey and one can of clear coat. Mama had requested a light grey but apparently there isn’t much demand for varying shades of grey in the spray paint world. As far as non-colors go, I had the choice between white, grey and black. 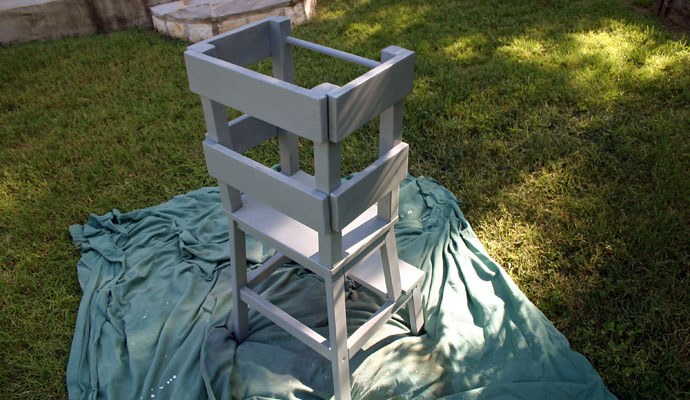 Battleship grey seemed the obvious choice for this beast

After letting it dry overnight, the little man got to try it out. He was pretty intuitive about figuring out how to use it and was soon entering and exiting like a boss. 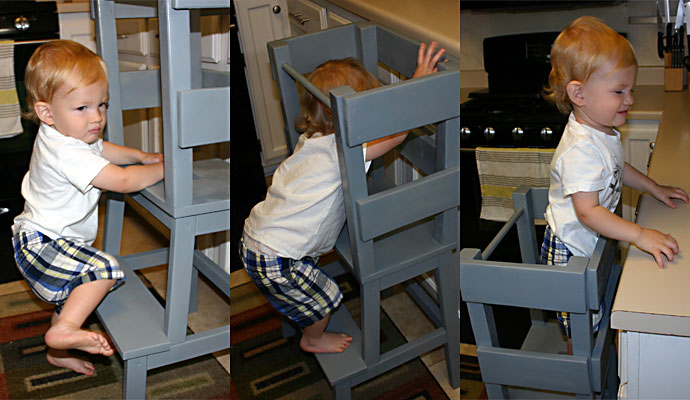 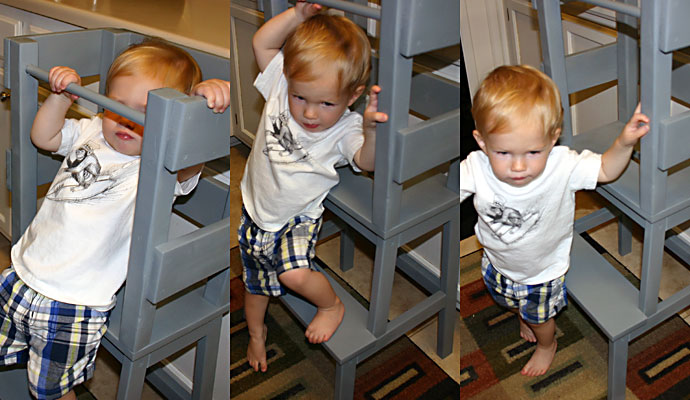 Overall, building a learning tower using an IKEA Bekvam step stool was economical, fun and pretty easy. The stool sells for $14.99 and I spent another $25 or so on wood, screws and paint (most of that was for the paint). It feels sturdy yet is light enough for mama and I to maneuver and the little dude loves being a part of the action when we’re in the kitchen.

Here’s some examples of him helping out (before I painted the learning tower):

I don’t know if you know this about me, but I like lists. They are a very efficient way to digest lots of information quickly, and it’s also very easy to gauge your progress. For instance, if you’re in the middle of reading the 4th item of a 7 item…