Depending on factors that we have yet to determine, the little man wakes up and refuses to go back to sleep in his crib. At some point between midnight and six, one of us has to get him and bring him to our bed.

He still sleeps the majority of the night in his crib though, so progress has been made. Then there was that one truly epic night where he made it until after six. I still get goosebumps when I think about it.

Speaking of progress though, check out this year to year comparison: 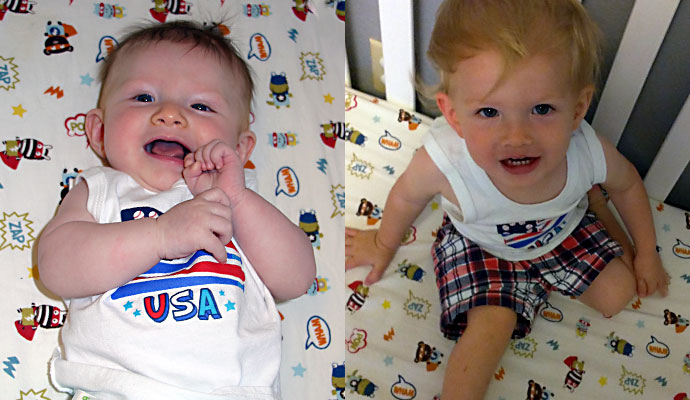 But this year we’re going to talk about the real Independence Day.

Our neighborhood has a little parade every 4th of July. It’s led by our local fire truck, followed by the kids and rounded out by some horses from the ranch that abuts our house. 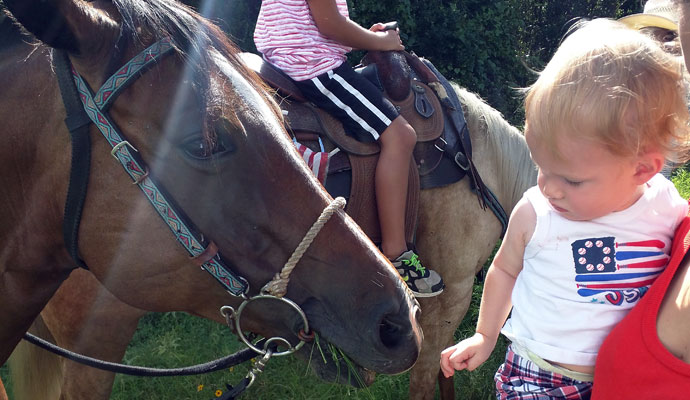 When I asked him what horses say, he exclaimed “mooooooooooooo”

The parade loops around the block and at the end, the neighbors share sweet treats. The little dude is still too young to handle that much sugar (at least in public where we could be judged) but I give him mad props for trying to finagle a deal with one of his neighbors. 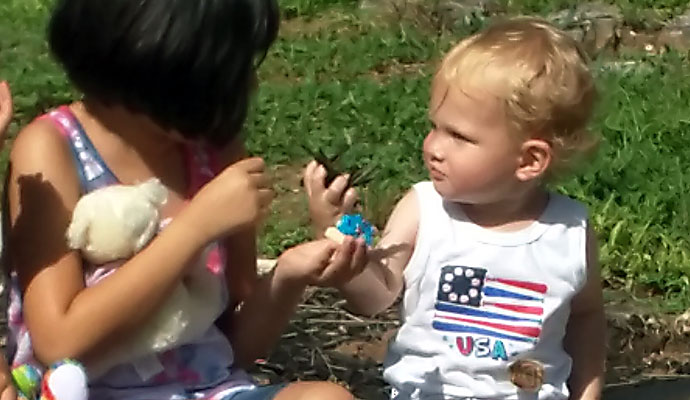 I’m optimistic that we are getting close to him lasting all night in his crib. This is highly unusual because optimism is not my thing. Perhaps it’s just the sugar talking.

In typical fashion, the little man hit 200 days with nary a peep. It happened a few weeks ago and I was totally unaware until I busted out my solar-powered calculator and did some number crunching. Even with the device I was struggling to pinpoint the exact day, so I…