I was flabbergasted when mama first brought up the idea of teaching our baby sign language. How can you teach a mini-human with less life experiences than a half ripe grape something as complex as that?

Repetition and patience she replied.

So we started working on it almost from the beginning of the little dude’s life. I should probably point out that I am being extremely generous when I say ‘we’ because mama worked tirelessly learning and using the signs while I mostly watched in a state of befuddlement.

Although she appears to be both color blind and accident-prone, she’s really good at teaching sign language. Also, you’re welcome for permanently embedding that song into your brain.

Mama stuck with it and at around 11 months, she hit pay dirt. The little dude actually started signing for milk, more and all done. His form was far from perfect but when used in context, even I could figure out what he was trying to say. For instance, when he did what I thought was the sign for milk but then pointed at a bird, I eventually realized that he was actually doing the sign for bird. Similarly, his signs for ‘more’ and ‘ball’ were very similar and we only ran into issues when he wanted more balls. 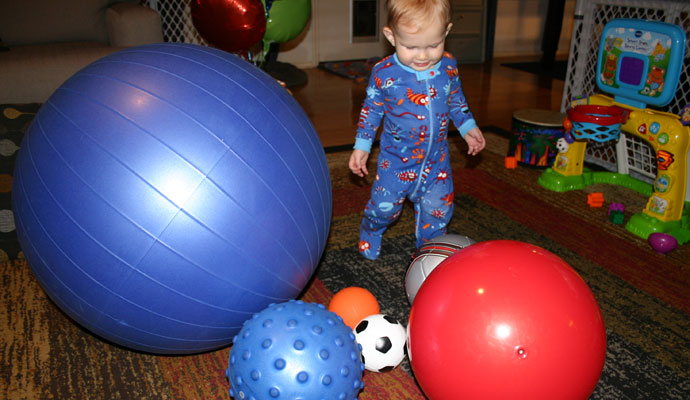 And that is the real benefit of using baby sign language. Being able to communicate before they can vocalize what they need is a great way to limit frustration (for both us and him). Amazingly, long before he made any sense using words, we were successfully communicating. Even now, with the little man using words more and more and him being able to vocalize his needs – he still uses sign language and is still learning more signs.

In closing, I wanted to share this awesome video of a woman using sign language to perform the Eminem song “Lose Yourself” – perhaps better known as “That Song About Mom’s Spaghetti.” The woman, Shelby Mitchusson, actually made the video as part of the application process for a position with American Sign Language. She also gets bonus points for being from Austin.

EDIT
After posting this, Roberto (from An Interdisciplinary Life) pointed out that there were some linguistic anomalies with her interpretation. He shared this video to “really show what can be done when native language users do the translating.”

I have a great time writing the posts for this blog. I love the idea of chronicling the little man’s earliest adventures with the hopes of being able to share it with him when he’s older. A journal that digitally captures the memories in real time and in razor sharp…