I must admit, it is as cute as something that is really, really cute (pretty sweet simile, huh? I may not speak baby, but I got this English shit down). I take every opportunity to try to get a shriek out of him and I already know that I will come to regret it. I can already picture the scene: We’re at a nice, quiet restaurant and the server is going over the specials. Something about an artisan-crafted sea foam delicately perched atop an exquisitely prepared free-range, hand-massaged and micro-farmed sea bass named Bartholomew and “shrieeeeeeeeeeeeeeek!” Everyone in the restaurant stops what they’re doing, except for that overdressed lady in the corner who faints (because everything has to be about her), and turns to glare at us. I just raise my hands as if to say “don’t look at me, he did it.”

Deflection is an approved and suggested parenting tool, correct?

So anyways, since shrieking is the little man’s new tool, or weapon as the case may be, I decided to work on a new alias for him. Here are some options that I have come up with, Face/Off style (is there really any other style when it comes to face trading? I think not. Also, Nicolas Cage. Boom.): 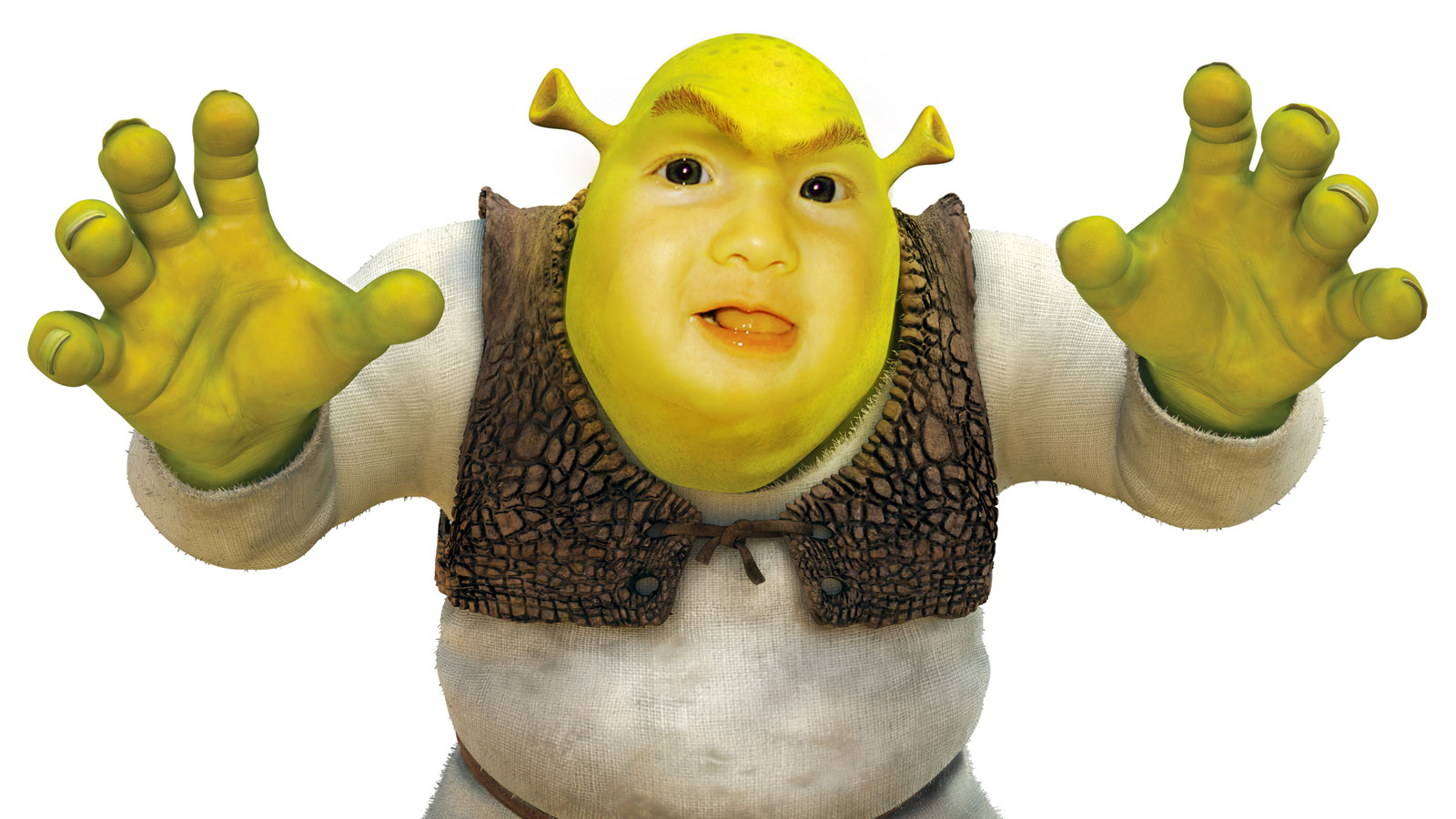 While Shrek is a large, physically intimidating ogre who is antisocial, Shriek is always smiling and spends all his time attempting to reach ever higher pitches with his shrieks. He succeeds with alarming frequency. 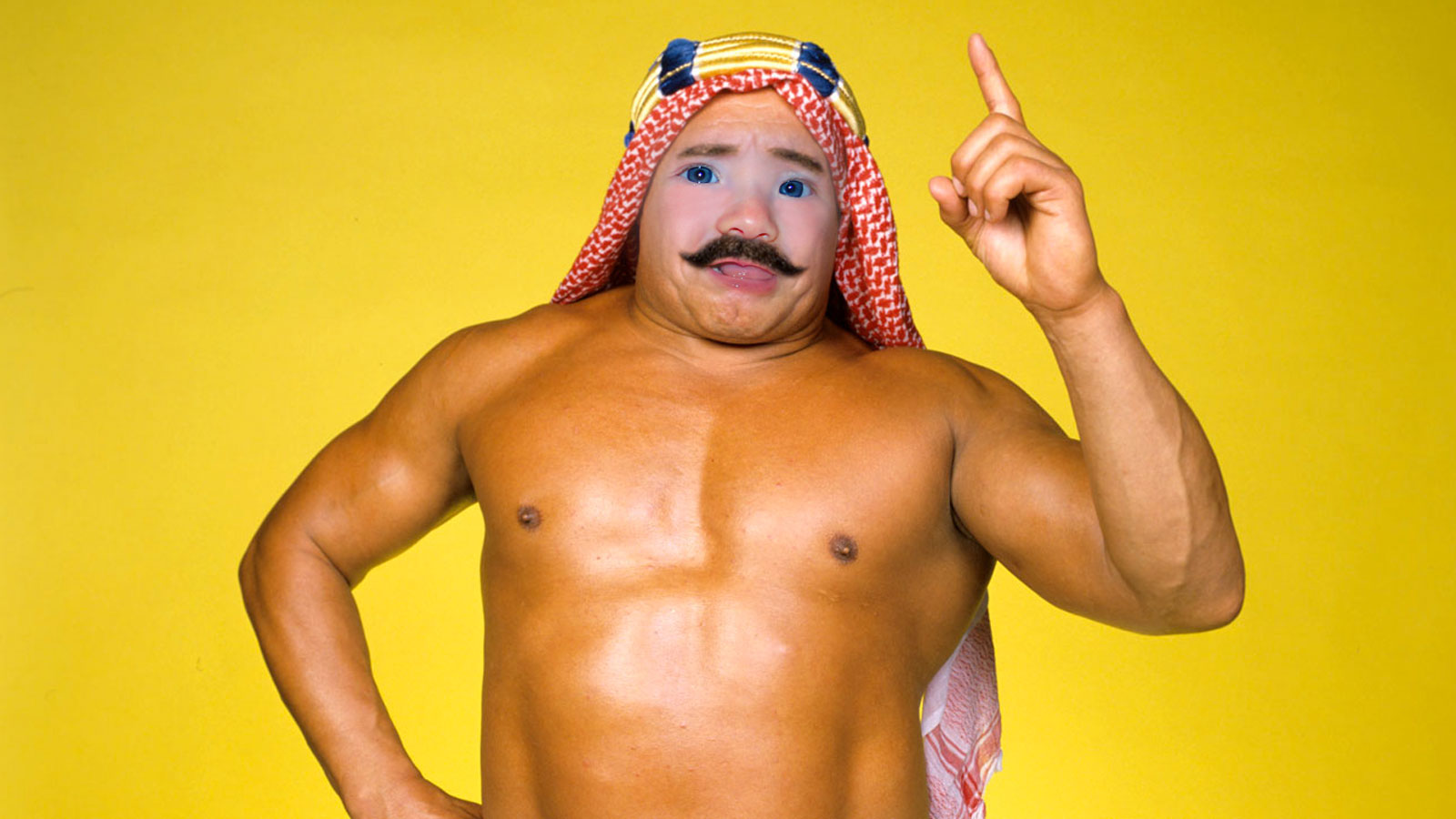 His mustache alone could kick my ass

The Iron Sheik is a professional wrestler from the heyday of the WWF, who is most famous for being mean to Hulk Hogan. More recently, he is known for his borderline insane, yet utterly amazing, Twitter nuggets. The Bronze Shriek, however, is only famous for his overly expressive eye brows and his uncanny ability to grow a highly advanced mustache at such an early age. 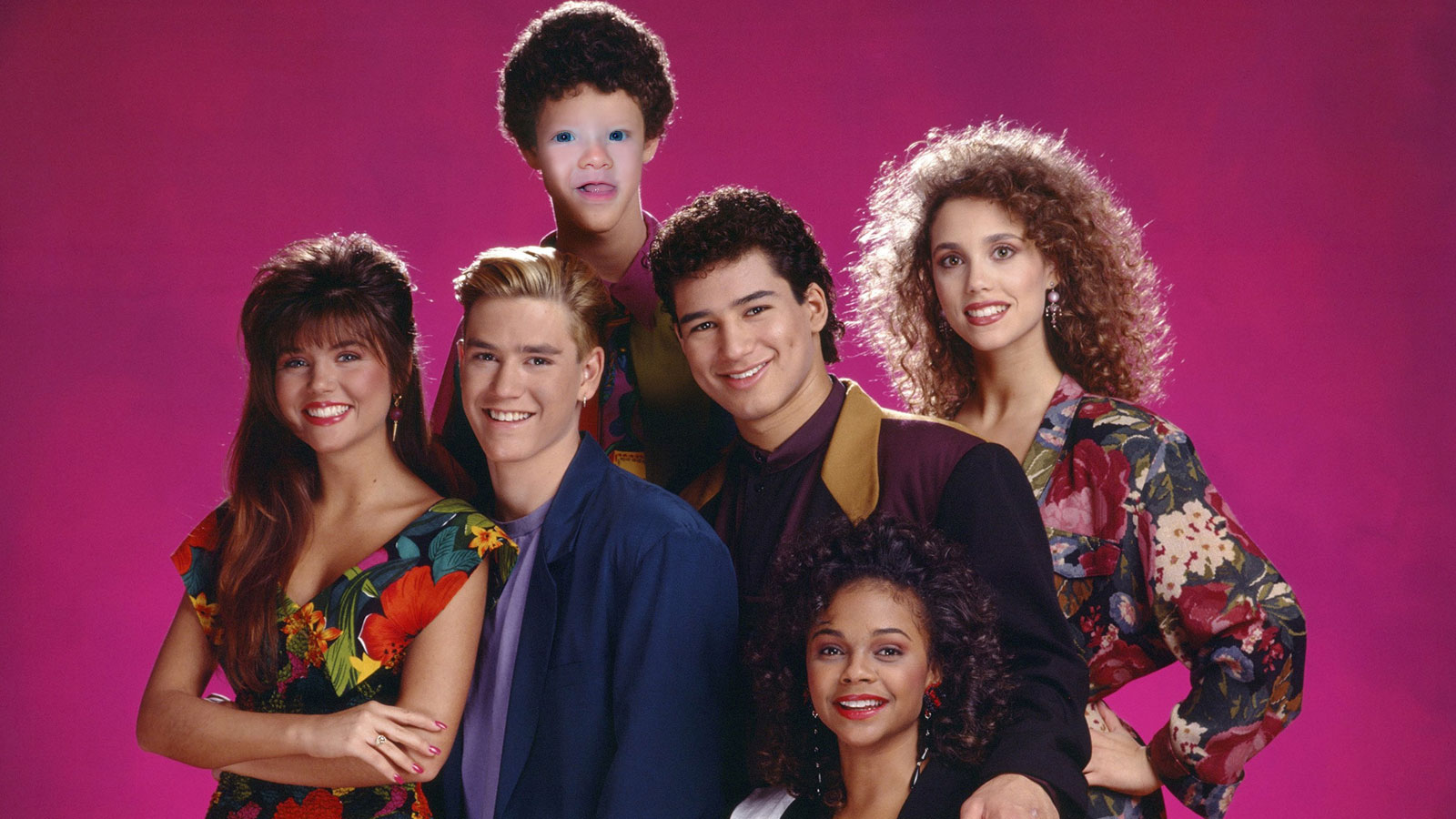 Mostly known for his work in Saved by the Bell: The Very, Very Early Years. Also, I think he was the runner up on American Idol Season 1

I think even Nic Cage would approve of each of these aliases, as they are all excellent choices. When it comes down to it though, he’s still Popeye. A Popeye who shrieks, squeals and squeaks… but Popeye nonetheless. 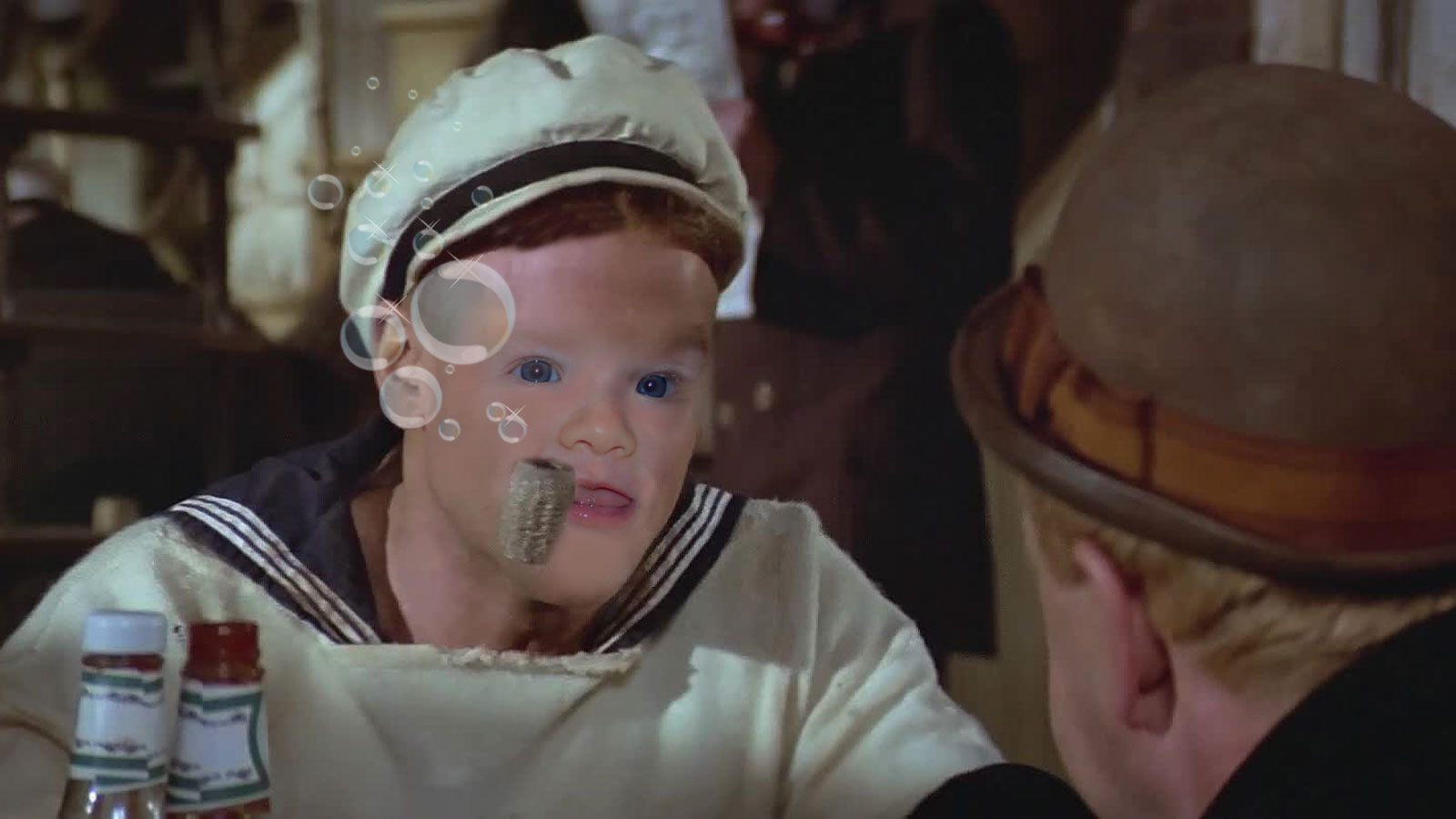 Just to be clear, he’s blowing bubbles out of that corn cob pipe and he’s telling Wimpy to get a damned job so that he can buy his own damn hamburgers. Stupid Wimpy.

Disclaimer: I believe these images constitute fair use in accordance with 17 U.S.C. § 107. They have no commercial purpose and cannot have any negative effect on the market for the original works.

Video shows a few seconds of each day from birth to 3 months old.