Wow, it’s really been an entire year. My baby, who’s life was initially measured in hours, followed by days, then in weeks and finally in months, will now be measured in years. It’s a seemingly subtle change that socks me at the core. After a year of firsts – his first tooth, his first step, his first Christmas – it is now the biggest first of them all, his first birthday.

On a cold and rainy night, just a little over one year ago, mama finally went into labor at around 9PM. She was a few days over 40 weeks and was becoming more and more uncomfortable. There was a mix of pain and relief that it was finally happening. The pain was definitely winning though. It was a relatively short, but intense, labor and at 2:32 AM the little man was born. 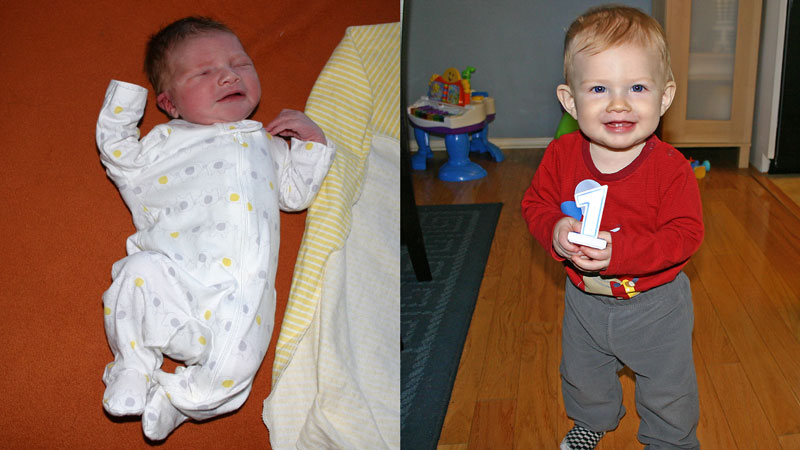 When you’re around someone everyday, their changes aren’t as noticeable as when you see them less frequently. This is even more evident when it comes to a new human. A newborn evolves into an infant right before your eyes and then toddlerdom steals your wibbly wobbly little bundle and makes him mobile. You go from wondering if they’re ever going to figure out how to rollover, to chasing them around the house as they continually gravitate to the stairs to show off their new skill set.

Happy first birthday, buddy. Hopefully this next year I’ll be able to teach you a few things.