I’m not a very emotional fella. In fact, it’s one of the things that mama and I have in common. It has served us well through most things and more often than not, we live a drama-free life. That’s not to say that we don’t have any empathy though, we actually care a great deal about our friends and family, it’s just that we don’t get emotionally invested in things that we think are trivial or not worth the energy. Things like minor holidays, for example. 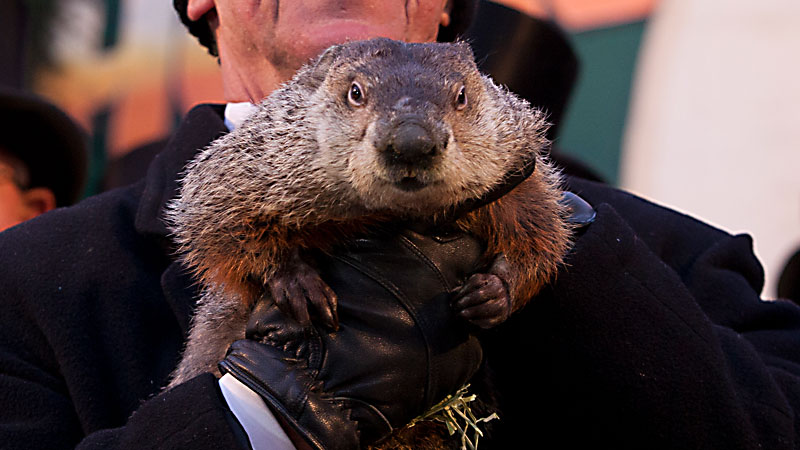 One major flaw in not being emotional is that it also means I’m not very romantic. Ironically, this sometimes causes drama. Even though mama also isn’t very emotional, she still requires a little bit of romance every now and then.

Add to that the fact that there’s a new man in her life – a charismatic fella who vies for her adoration and attention. Sure, I can assemble sentences better and am niftier at cooking dinner, but this guy is becoming stiff competition as we battle for her affection. 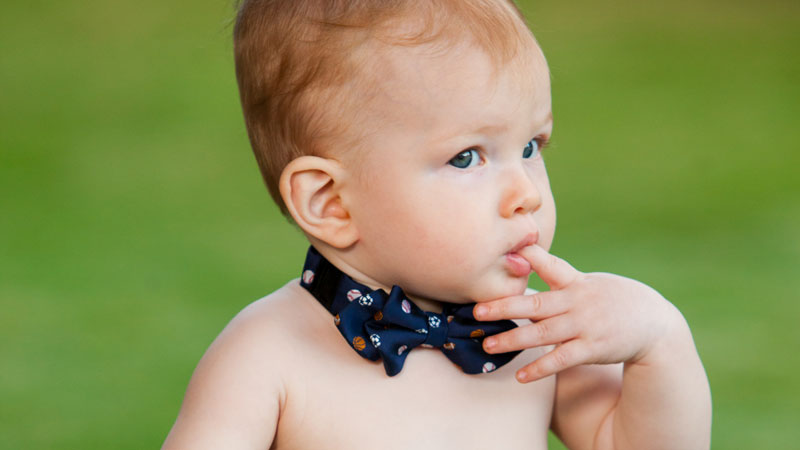 Who could possibly compete with this?

Needless to say, with Valentine’s Day on the horizon, it was time that I stepped up my game. I began to put together a plan, and with the ability to read and write firmly in my grasp (suck it, baby!), I jumped on the trusty internet to figure everything out.

Disclosure: I received the following Valentine’s Day gifts from ProFlowers for free with the understanding that I would share the experience here. All of the words and opinions are mine, however, and have not been biased in any way.

I hooked up with ProFlowers and they helped me craft a customized, three-pronged attack to wow mama and to fill her friends and coworkers with copious amounts of jealousy. That’s what we call a win-win.

We don’t have an exact date that we first began dating. We know that we met at a show that my band played near the end of 2001 and by February of the next year, we were going out. In the interest of counting, we normally use the middle of February to keep track and, if my counting skills are still on point, this February marks 13 years together. To commemorate this, I scheduled 13 sweet treats delivered to mama’s work on the 13th of February. This included 9 truffles and 4 chocolate covered cookies. 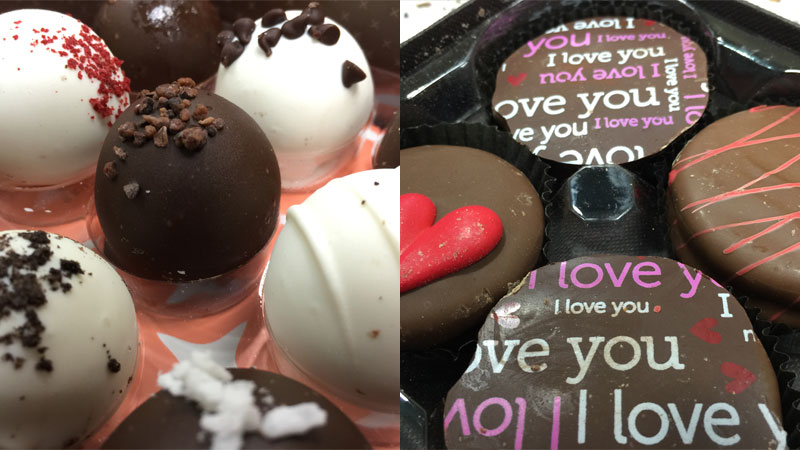 While chocolate treats are a pretty amazing thing to get, I’d be playing rookie ball if I also didn’t include flowers. Red roses are the normal choice, but I don’t have time for something so obvious. Plus, mama has never been a fan. To show that I have paid attention to a few things over the last 13 years, I dug deep into the memory bank and remembered that tulips are her favorite flower. Once again, ProFlowers had the perfect solution: 20 multi-colored tulips in a nice vase. 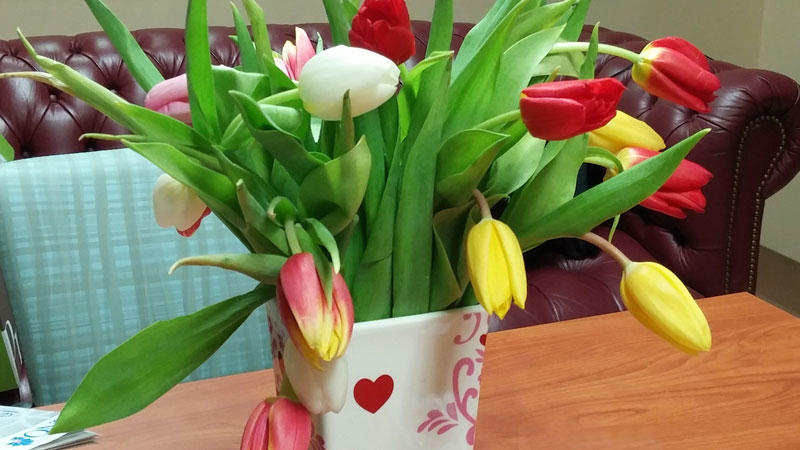 I will admit, a two-pronged Valentine’s Day attack would have been plenty to impress mama. Considering that I normally don’t do anything, I was way ahead. I really wanted to include the little dude though, and decided to put an exclamation point on the plan. Once again, ProFlowers came through with a great choice: an awesome wine gift basket with two bottles and assorted sweet and savory snacks.

Now that the gifts were selected, it was time to work out the details. Mama works the night shift at a hospital, so I wanted to make sure that the sweet treats and the flowers didn’t arrive too early. I asked for the delivery to be as late as possible and ProFlowers came through again. 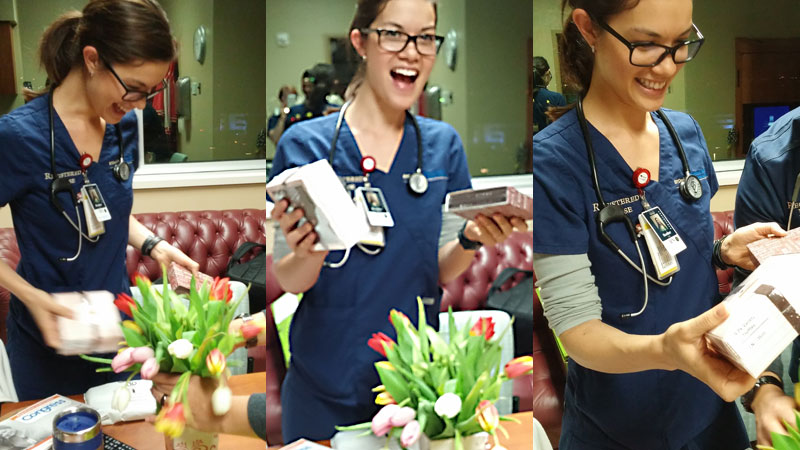 Actual phone call from mama: “Someone sent me flowers and chocolates and there is no way that it was you.”

The wine basket delivery was a little more precarious because someone of drinking age had to be home to sign for the package. FedEx made their first attempt on Friday morning while I was at work and luckily, mama didn’t answer the door. She had worked the night before and was asleep, so a note was left stating that another attempt would be made on Saturday.

Saturday came around and I watched the door intently, knowing full well that if the FedEx driver rang the doorbell then the surprise would be blown. You see, we have a dog whose sworn enemy is the UPS truck (along with all of it’s contents, living or from Amazon). A FedEx truck sounds remarkably similar to the brown ones and if Peppy was inside when the delivery came, she would explode into a lengthy fit of dog-rage.

Luck was on my side as I saw the truck pull up while Peppy was out back sunbathing AND the little dude was partaking in a nap. I quickly sealed her doggy door, made a spectacular leap over the couch and made it out the front door to intercept the delivery guy before his pointer finger could wreak havoc.

Once the delivery was made, I put my plan into action. Even though we are rivals vying for mama’s affection, I decided to be a stand-up guy and set up Popeye to be the hero. I told him my idea, entertained his concerns and then together we set the plan in motion.

On a work night, mama gets up at 5PM to get ready for her shift while I get dinner ready. She comes down around 5:30 and we try to wrap everything up by 6:15, so that she can feed the little man before leaving for her overnight shift. On this day, I grabbed her phone while she was getting ready and set the plan in motion. Once we finished eating she picked up her phone and turned it on. This is what came up: 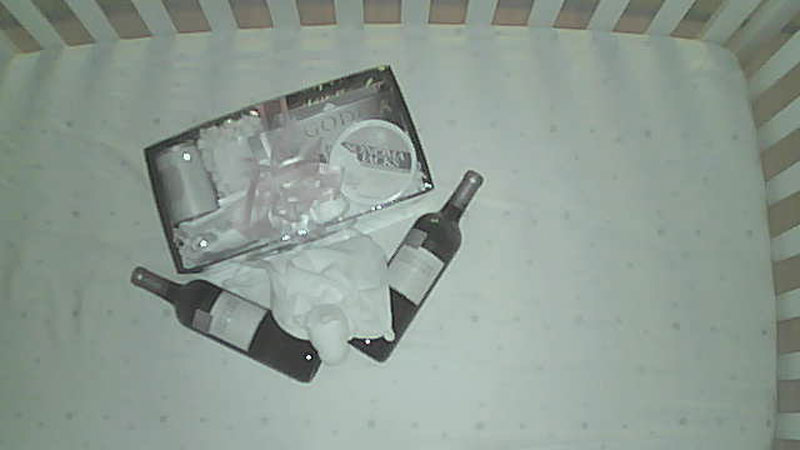 The baby and I high-fived while she did a double take and then we headed upstairs to check it out. Here is Popeye taking all the credit: 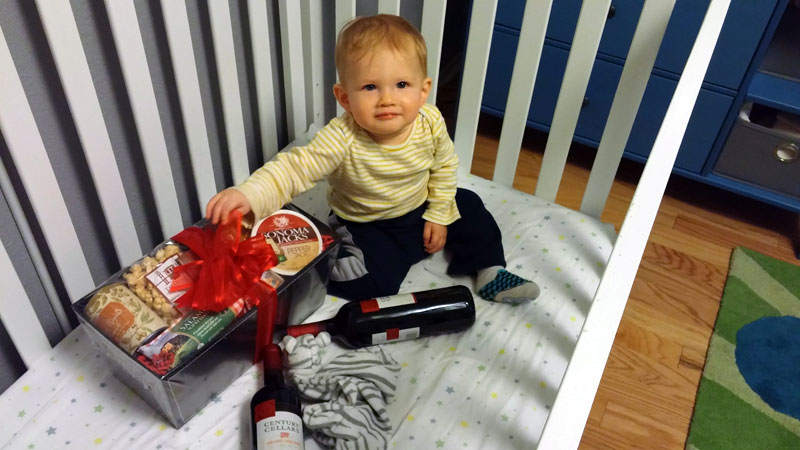 Before this Valentine’s Day, the bar wasn’t even set. It was actually laying off to side, broken in half with the paint chipping. Now, the bar is so high that raising it will require a ladder that I do not own and Home Depot probably doesn’t stock. That’s a problem for future-me to worry about though, because current-me has, to continue my sport metaphors, knocked this shit out of the park.

The little dude recently returned from his first airplane flight and to show that he doesn’t half-ass things, he went international. Don’t be too impressed though, he totally didn’t go alone. Mama entertained him nonstop for the 3 hour flight to Fort Lauderdale, followed by a layover, followed by another…