While the rest of the country was preparing to celebrate the 4th of July, we were busy enjoying the eviction of Popeye from our bedroom. Don’t feel to bad for the little guy though, it’s not like we kicked him to the curb. I spent the better part of last winter preparing his quarters and it’s literally the nicest room in the house.

Much like America’s Independence Day, we were expecting fireworks and loud noises throughout the evening. The little man is not shy about voicing his opinion, and even though we have no clue what he is saying, we can usually get an idea via the quantity of tears and his relative K.P.M. (kicks per minute).

In preparation for the big night, we transferred all of his baby gear from our room to his. This included, but was not limited to, a noise machine with projector, a frog humidifier and a baby monitor. Suffice it to say that our bedroom became a lot less fun. Once this was done, and his nursery was set to baby dance party mode (minus the bubble machine and strobe add-ons), it was time for the big reveal.

Mama opted for the sleep sack since Popeye morphs into a Cirque du Soliel performer at night. His twists, turns and contortions can be entertaining to watch, but if left unsupervised, the wee tyke can get himself into what I call a sticky situation. The sleep sack is a simple one piece zip up item that allows him to freely move his arms, but still keeps him warm and snug.

Maybe it’s because he is still so young, or maybe it’s because we got lucky, but the change of scenery did not phase him at all. Of course the little dude went through his normal night time shenanigans, but as sleep embraced him with it’s intoxicating promise of dreams and rejuvenation, he melted into the comfort of a real mattress and a cotton sheet. 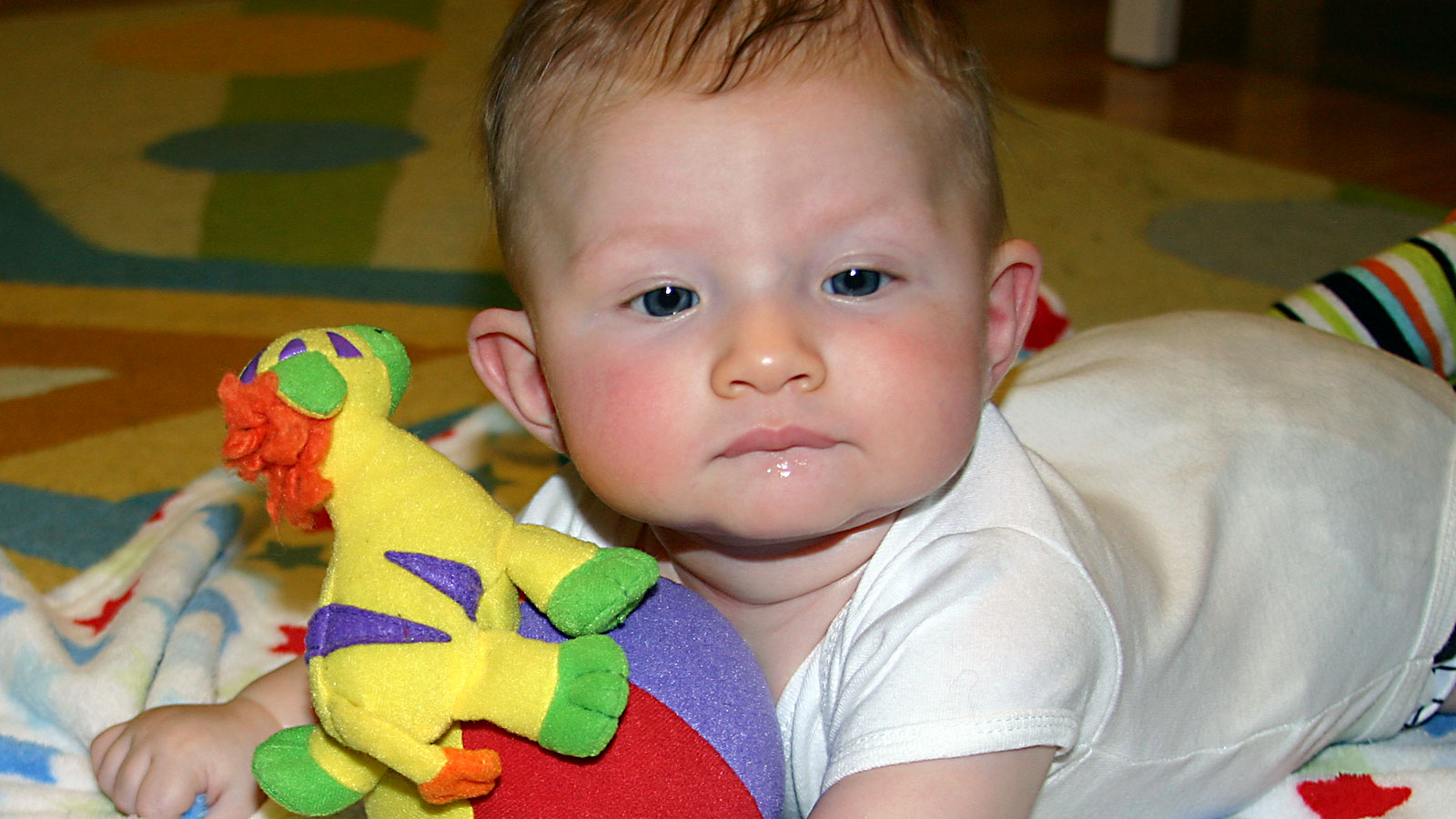 We need to spend some time apart guys, it’s not me, it’s you

I got mama’s bed side table set up as a mission control that had more computing power than NASA had when we went to the moon. This way she would be in virtual contact with her favorite little guy throughout the night. With the room dark for the first time in over 4 months, I was able to get some pretty decent sleep. I can’t say the same for mama though, I think she watched her baby monitor the entire night.

It should definitely get easier for everyone as we all get used to the new arrangement. Hopefully, it’s a smooth running operation by the time mama returns to work next week.

The little dude recently returned from his first airplane flight and to show that he doesn’t half-ass things, he went international. Don’t be too impressed though, he totally didn’t go alone. Mama entertained him nonstop for the 3 hour flight to Fort Lauderdale, followed by a layover, followed by another…