I was hesitant to write anything about the recent loss of a certain celebrity because I try to keep things a little more upbeat around here. It’s a terribly sad situation, but since the little man’s nickname is Popeye, and since it was one of the actor’s iconic roles, I think I should take some time to share some of the future laughs that my little man will have. All thanks to the immense talent of Robin Williams.

This will undoubtedly be the little man’s introduction to the unique brand of humor that is Robin Williams. I can already picture him literally rolling on the floor laughing, in a fit of giggles, as he watches the blue genie take over in this classic Disney movie.

Even at his young age, Popeye is starting to show that he enjoys physical humor. While the overarching story will most likely be lost on him, I am betting that he will laugh uncontrollably at scenes like the one above. I’ll be laughing with him.

As the little man becomes a less-little man (medium man?), mama will make sure that he gets a healthy dose of Wizard of Oz, Annie, Willy Wonka and the Sound of Music. His introduction to the Pan will most likely be the animated Disney version or the Mary Martin version from the 60’s, but this retelling from Steven Spielberg will not be far behind.

He will probably have to wait a little longer before seeing this one, since this movie can be a little too scary for younger minds, but it’s a movie he definitely will need to see. The idea of a board game coming to life is a great way to expand his imagination, and that’s always a good thing.

For a boy who was nicknamed Popeye (thanks Aunt Pickle) before he was even an hour old, this movie is a no brainer. Between this and the old cartoon series, there will be no shortage of the spinach-loving sailor with the speech impediment and tons of mus-kles.

These 5 movies will bring hours of laughter, excitement and joy to the little guy – mostly thanks to the work of one man. When you add on all the other great work that Robin Williams produced over his career, there’s a ton of future laughs awaiting our little dude. 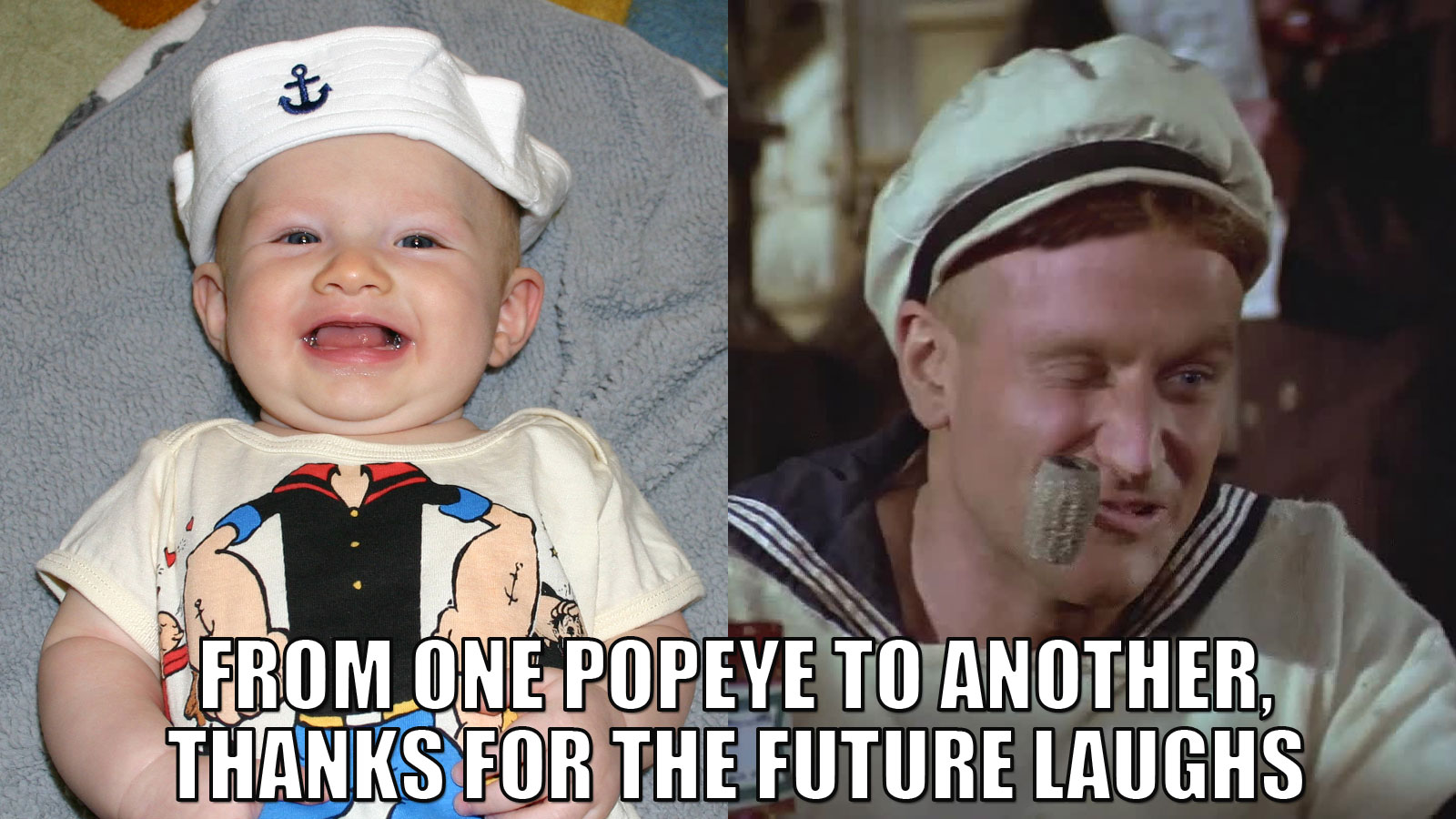 From one Popeye to another, thanks for the future laughs.

We just returned from our first vacation together as a family. We went to Florida to relax, see family and to hang out at the beach. While it wasn’t the little dude’s first time on a plane, he and mama went to Jamaica in January, it was my first time…