Rarely is the sequel better than the original. For every great one like Empire Strikes Back, there are 47 bad ones like Dumb and Dumberer or Babe 2: Pig in the City. Sometimes, the sequels are done to cash in on the popularity of the original. Other times, I think the only reason a sequel was made is because someone came up with an amazing title, and thought that the only way to share it with the world was by spending millions of dollars. I can’t really argue with that logic as you cannot put a price on a great punchline. 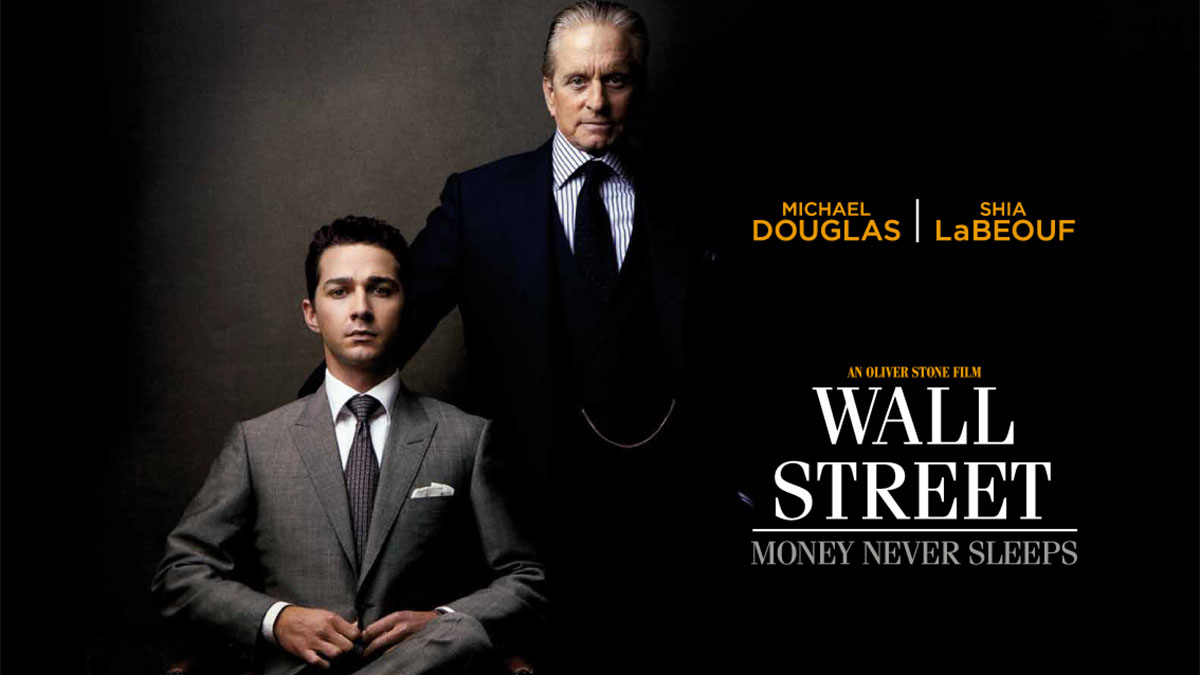 Last time we chatted, I touched on the cost of patriotism, pity parties and preparing to spend my first night alone with Popeye. The night actually went pretty well… though the definition of ‘pretty well’ changes a bit once you have out-sprung an offspring. There was ample crying (we won’t say who), ample pooping (we also won’t say who) and a not-so-ample amount of sleep. All told, a pretty successful evening in the Poore household!

After all the rave reviews came in…

“Hooray, the baby is still intact!”
“Nice, he only smells mildly bad!”
“Wow, you cleaned up some of the mess!”

…we decided to produce a sequel. It will be the entire weekend of dad alone with the baby, because a true sequel should be bigger than the original in every way. I’m hoping for no Michael Bay style explosions (I’m referring to poop) and no M. Night Shyamalan style twists (I’m also referring to poop). 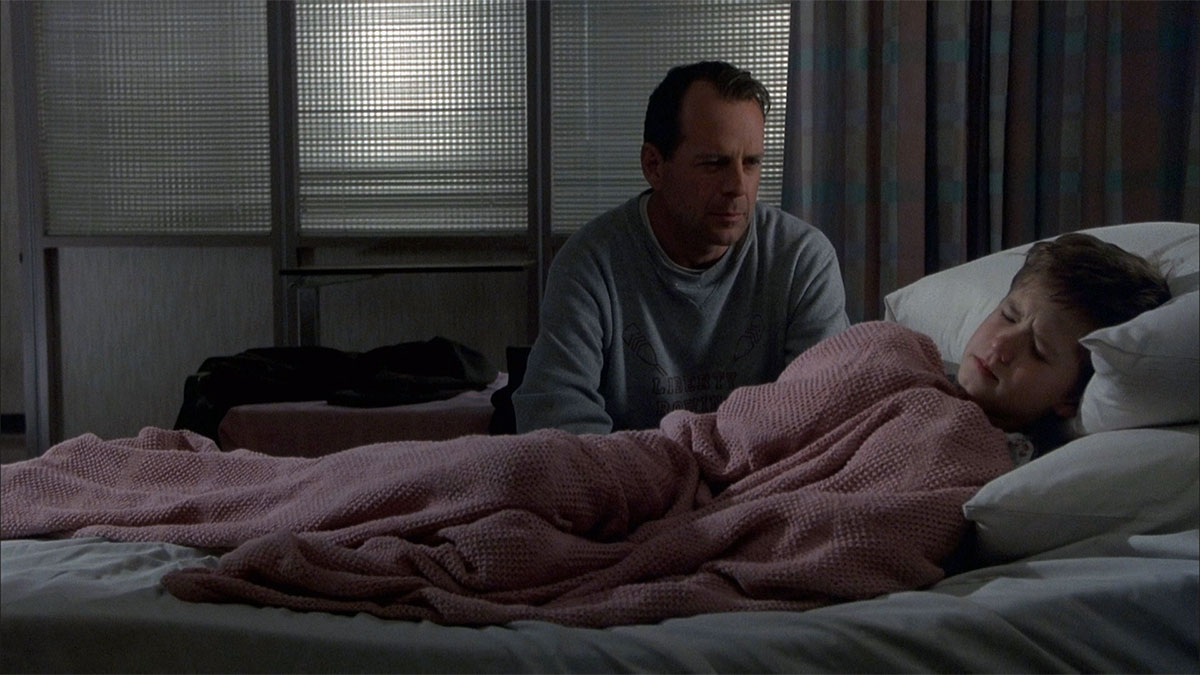 I’m feeling pretty optimistic that Popeye and I will rise to the occasion and create a sequel who’s quality rivals that of The Godfather: Part II and not that of Weekend at Bernie’s II. 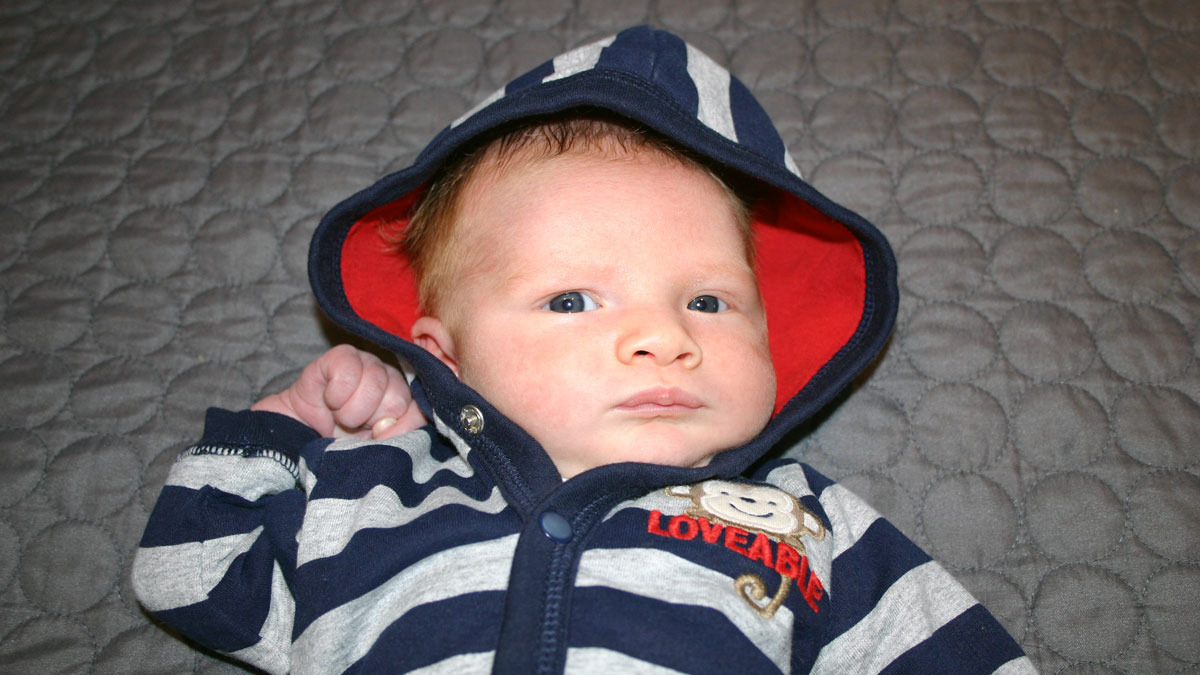 Is this Daddy guy qualified to watch me? His boobs seem entirely too small

FRIDAY NIGHT UPDATE: The first night had a few bumps… During this last week Popeye decided that he is not a fan of dusk and from 7PM to 8PM he is a fussy, crying little bundle of unhappiness. We’ve been told this should work itself out by the time he reaches 3 months but that is still 5 weeks away. A pacifier helped and gave him an outlet for his frustration. Maybe I’ll try a post-dinner, pre-bedtime nap tomorrow night.

SATURDAY MORNING UPDATE: Oops… I’m battling a cold, most likely due to lack of sleep, and went to bed after Popeye fell asleep at 10PM. He normally wakes around 1AM, 4AM and 7AM during the night for feedings, but we both slept through the 1AM. I woke at 2:30AM and he was stirring a little bit, so I closed me eyes while waiting for him to wake up. A second later, I opened my eyes and it was 5:30AM. We both freaked out and spent the next 45 minutes trying to recover. You haven’t lived until you’ve tried to bottle feed a hysterical, boob-loving, angry and frustrated little baby while simultaneously having a cold and trying to wake up.

SUNDAY MORNING UPDATE: Once dusk approached we tried some outside time, some music and a bath but Popeye was not amused. We finally tag teamed a soothie pacifier and after about 30 minutes Popeye agreed that silence was the best option. The rest of the night went like clockwork though he did wake around 7:15 and I had to distract him until mama got home around 8. Booby time makes everyone happy!

In typical fashion, the little man hit 200 days with nary a peep. It happened a few weeks ago and I was totally unaware until I busted out my solar-powered calculator and did some number crunching. Even with the device I was struggling to pinpoint the exact day, so I…