I knew the time was coming but it was always in the future. If that sounds familiar then thanks, you been following along at home!

It’s widely known that the U.S. is the only industrialized nation that does not mandate paid maternity leave. In fact, most offer at least 3 months of paid leave. Many even give new dads a little sumthin’ sumthin’ (get your mind out of the gutter, I’m referring to money).

Heather was lucky enough to receive 6 weeks at 60% of her base pay. She’s a nurse so she normally makes some differentials on top of her base (nights, weekends, etc.), so it really amounted to about 50% of her normal take home pay. While the Family Medical Leave Act protects the jobs of new parents for up to 12 weeks after the arrival, if she had wanted (she did) to take more than 6 weeks it would have been with no pay (booooooo!).

Now I’m a fan of America and I gladly pay my buck o’ five but come on Uncle Sam, get your shit together on this one.

But I digress. You’re supposed to be feeling sorry for me because now, besides fending for myself 3 nights a week, I now must fend for poor Popeye. Actually, I guess you should be feeling sorry for him. Mama has stocked both the fridge and the freezer with copious amounts of Popeye juice, but now it is up to me to administer them to a baby who really prefers a nip to a bottle. 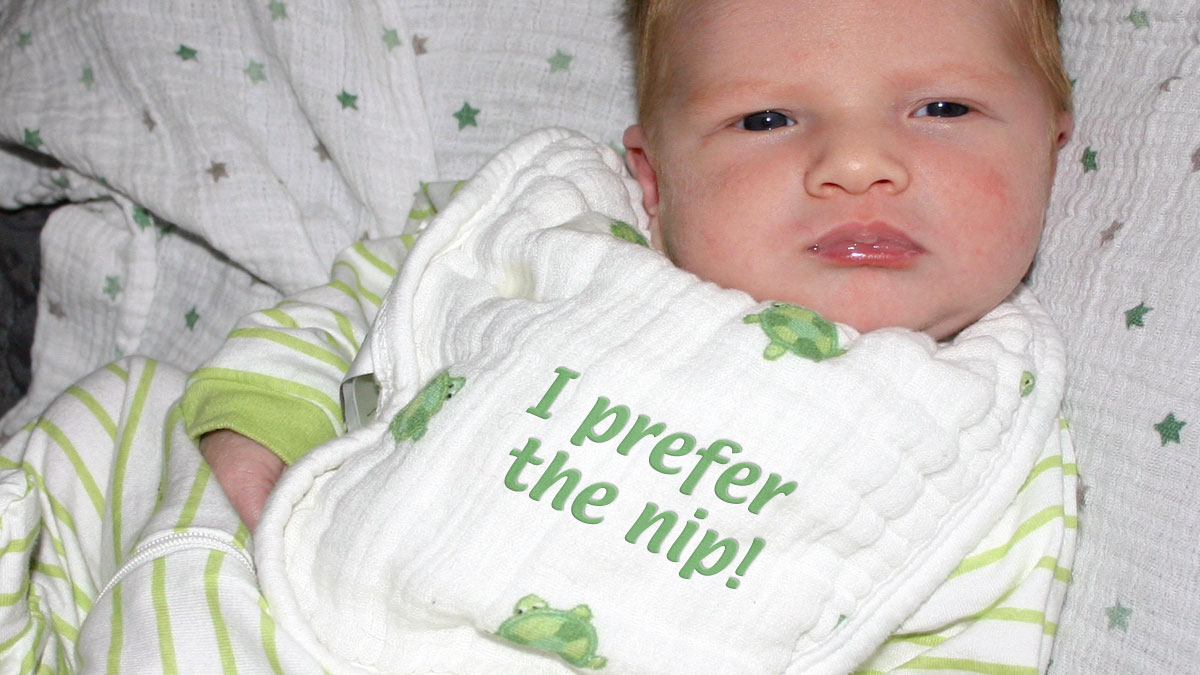 Who doesn’t buddy, who doesn’t?

Now before you R.S.V.P. to my pity party Evite (breast milk popsicles for everyone!), I must admit that the situation really isn’t that dire. Popeye has, for the most part, gotten the knack of night time and he does a bang up job of sleeping through most of it. In fact, once his little tummy grows, I think he will be able to sleep almost completely through the night. Also, Evite doesn’t even offer invitations for pity parties. 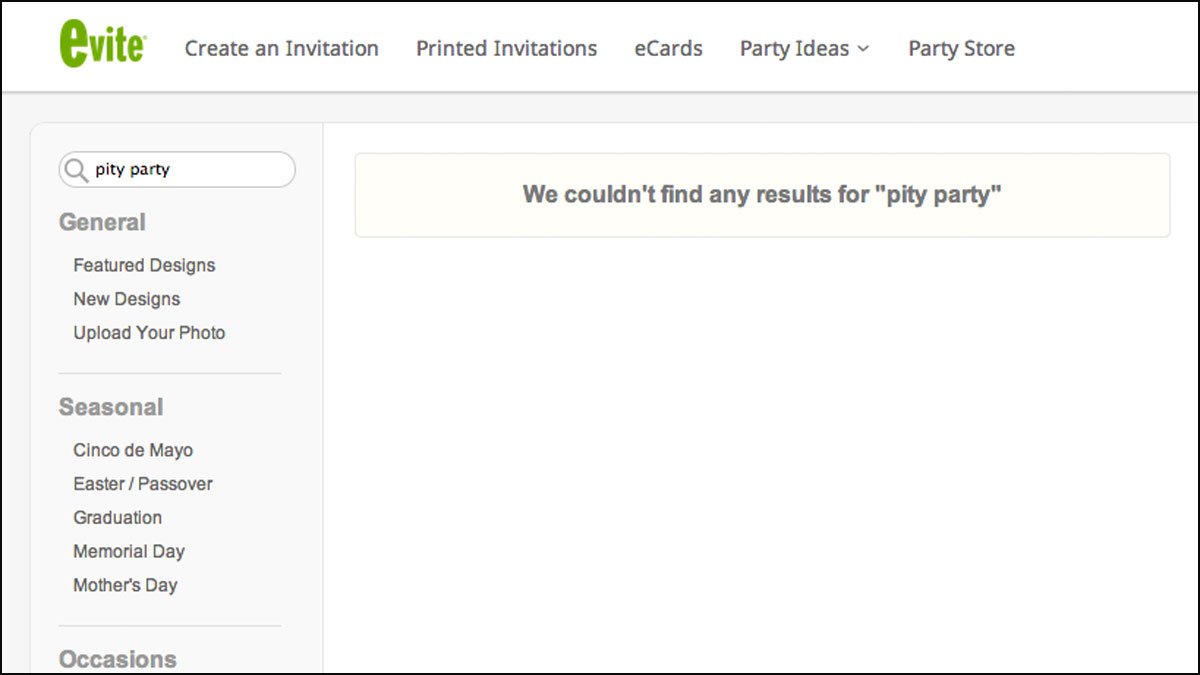 Come on Evite, your membership would triple if you offered pity party invites

So tonight is opening night of the Popeye & Daddy show (think Itchy & Scratchy with less violence or Terrance and Phillip with more farting). Mama wrote a detailed two page outline that addresses every possible scenario (plus a few others). I have a feeling we will be Skyping throughout the night and that Mama will have a tough time focusing on work.

She shouldn’t worry too much though, Popeye has my back and I definitely have his.

I think one of the main reasons people have kids is so that they can dress them in ridiculous outfits and then force them to pose, sometimes with complete strangers, while they take hilarious photo after hilarious photo. While I’m obviously being a little facetious, I believe that there is…