Disclosure: I received my Zipadee-Zip for free with the understanding that I would review it here. All of the words and opinions in this review are mine, however, and have not been biased in any way.

If you’ve been reading along at home, there’s a slight possibility that you’ve figured out that Popeye has been having issues with sleeping at night. Obviously, that first sentence is slathered in sarcasm since I have brought it up here, here and here. The main issue is that he is often wide awake and ready to roll around 2:30 in the morning, which coincidentally, is my most favoritist time to be asleep.

Part of the problem is that I can no longer rely on my near mythical status as an expert baby swaddler because Popeye is a tosser, a turner and a midnight oil burner. He also has decided that he wants to be a belly sleeper, which is fine as I will support him in all his major lifestyle choices. The problem, though, is that one of the most important ingredients to successful belly sleeping is a pillow. And everyone knows that pillows are banned in the baby community.

This is where the Zipadee-Zip makes it’s dramatic entrance. Mama was all over the internets searching for any nugget of wisdom she could unearth to help the little man, and us, get some much needed sleep at night. She kept hearing about a swaddle replacement called the Zipadee-Zip and how it was designed by wizards with a deep knowledge of baby magic.

In truth, it was designed by a sleep deprived mom named Stephanie Parker. She tried all of the sleep sacks she could find but nothing seemed to work. In her search, she learned about the Moro reflex, which is when babies startle themselves awake because they feel like they are falling. She made it her mission to find a solution and to mimic the womb-like environment that babies crave, while still having the ability to roll over. The Zipadee-Zip was born. 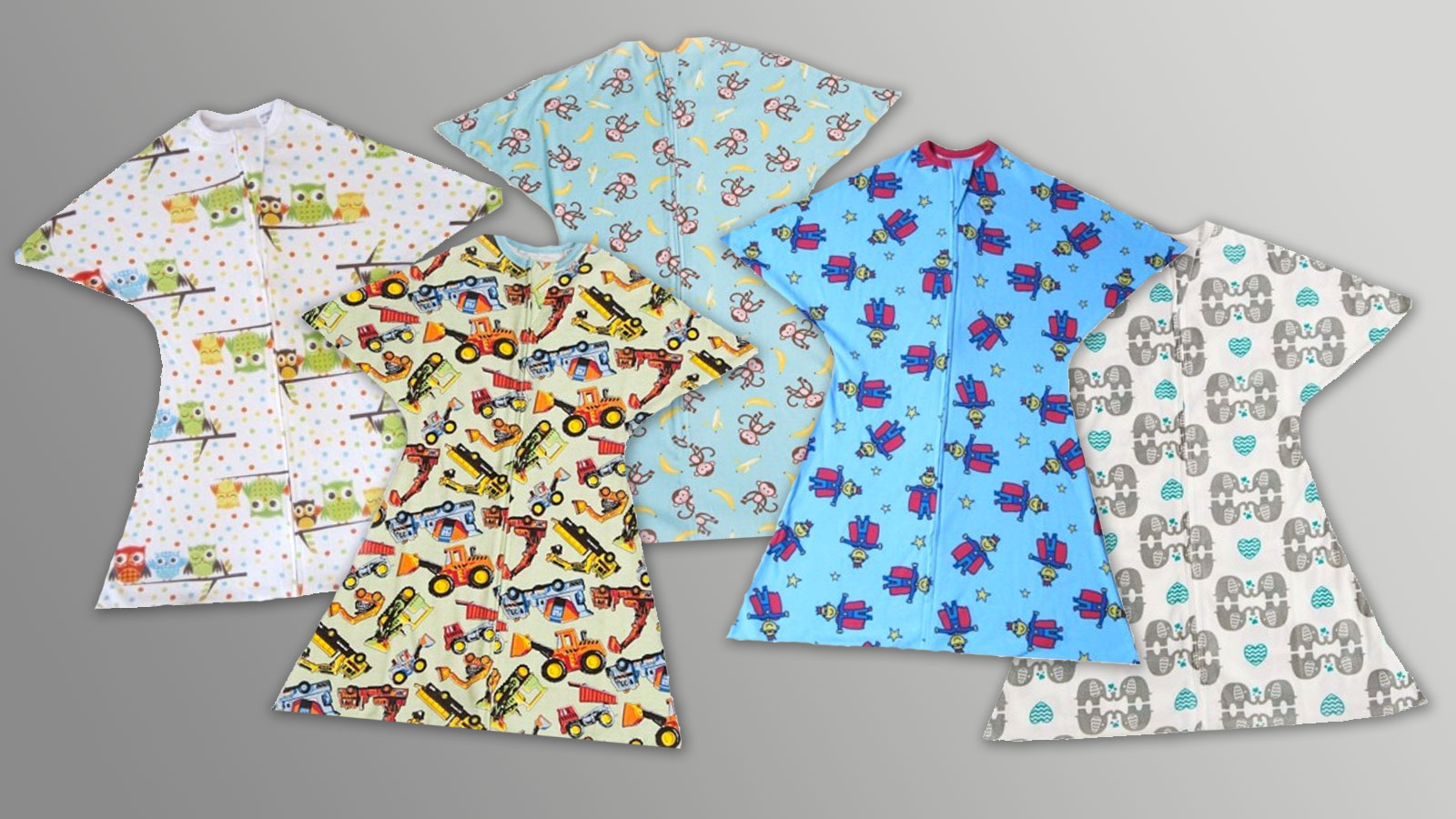 I don’t get it, you say, how is this thing any different from a sleep sack? Glad you asked! I will defer to Stephanie for the answer:

The reason babies are startled is because they wake up and can’t feel their edges like they were able to in the womb. The Zipadee-Zip provides those ‘edges’ or that womb like environment while still providing them the freedom to roll around and use their arms and hands safely. This is why the Zipadee-Zip will work when all other products parents have tried to transition their babies typically fail.

So Popeye received his very own Zipadee-Zip and I got it all washed up for him. I know, he really should be doing his own laundry, but because his hamper is so much larger than him, I have no choice but to cut him a little slack. Side note: If he turns out to be a slacker when he’s older, we all know when and where it began thanks to the internet.

Since I didn’t get around to sorting the laundry once it was dry (oh shit, am I the slacker?), I started the little guy out in the underarm version of the double swaddle. It was snug enough to get him to relax and after minimal sparring, we came to an agreement that it was, in fact, bedtime. Everything went well until the dreaded 2:30-in-the-morning screaming. I tried all the tricks I have gathered into my makeshift go-back-to-sleep toolbox, and nothing was working. The pacing back and forth didn’t work. The bouncing on the yoga ball failed miserably (namaste, my ass). Even the monetary bribing was futile. Give credit where it is due, the boy has resolve.

With my toolbox empty, I remembered that the Zipadee-Zip was in the laundry pile waiting to be folded. As it was now getting to the point where I was counting backwards from the time on the clock, to see how much sleep I could still salvage before morning (less than 4 hours at this point), I decided it was as good a time as any to try it out. I frantically dug through the laundry with one hand, the other holding on tightly as Popeye writhed with the strength of his namesake plus 3 1/2 babies. Finally, I located the garment and quickly wrestled him into it.

Somewhere in between laughing at how adorable he looked and bouncing him on the yoga ball, he finally succumbed to the sweet, sweet song of silence. I slowly and carefully lowered him in to the crib. Every parent will tell you that the transfer is the trickiest part, and this was no exception. My breath caught as he stirred, but he quickly nodded off and I slowly tiptoed out of his room. Once in my own bed, I watched him on the monitor and drifted off to sleep.

We both slept until the alarm went off at 8.

Whether it’s because I am a little slow or because I did not believe it (I’m gonna go with the combo package), I began the next night with the underarm swaddle again. I managed to get him to sleep around 7:30 and after his midnight feeding, he put up an epic fight. I’m talking the ridiculous stuff, on par with a Michael Bay CGI’d scene of utter chaos and mayhem. The kind with so many ridiculously cheesy explosions, that it makes you feel dumber for having witnessed it. Think any of the Transformers sequels. But with babies.

Finally, common sense snuck into the nursery and popped me upside the head, and I realized that it was time to test the Zipadee-Zip once again. I slid him in, Zipadee-Zipped him up and lightly bounced him for a few minutes. After a highly impressive transfer, the boy was asleep. I went to bed hoping for a good few hours. The next time I opened my eyes was when the alarm went off at 8.

Popeye had actually slept through the night.

Now, let me clarify something. Popeye NEVER sleeps through the night. Even when he’s sleeping well, he averages 3-4 hours at a time. Since then, we have been using the Zipadee-Zip from the beginning of the night and his sleeping has really improved. Even getting him back to sleep after a feeding has been easier. I don’t know why it works, just that it does.

The Zipadee-Zip is the real deal. It’s well made, smartly designed and contains just the right amount of baby magic. The little one just relaxes once you get it on him, plus there’s the added benefit of him looking ridiculously adorable. It’s a win-win. 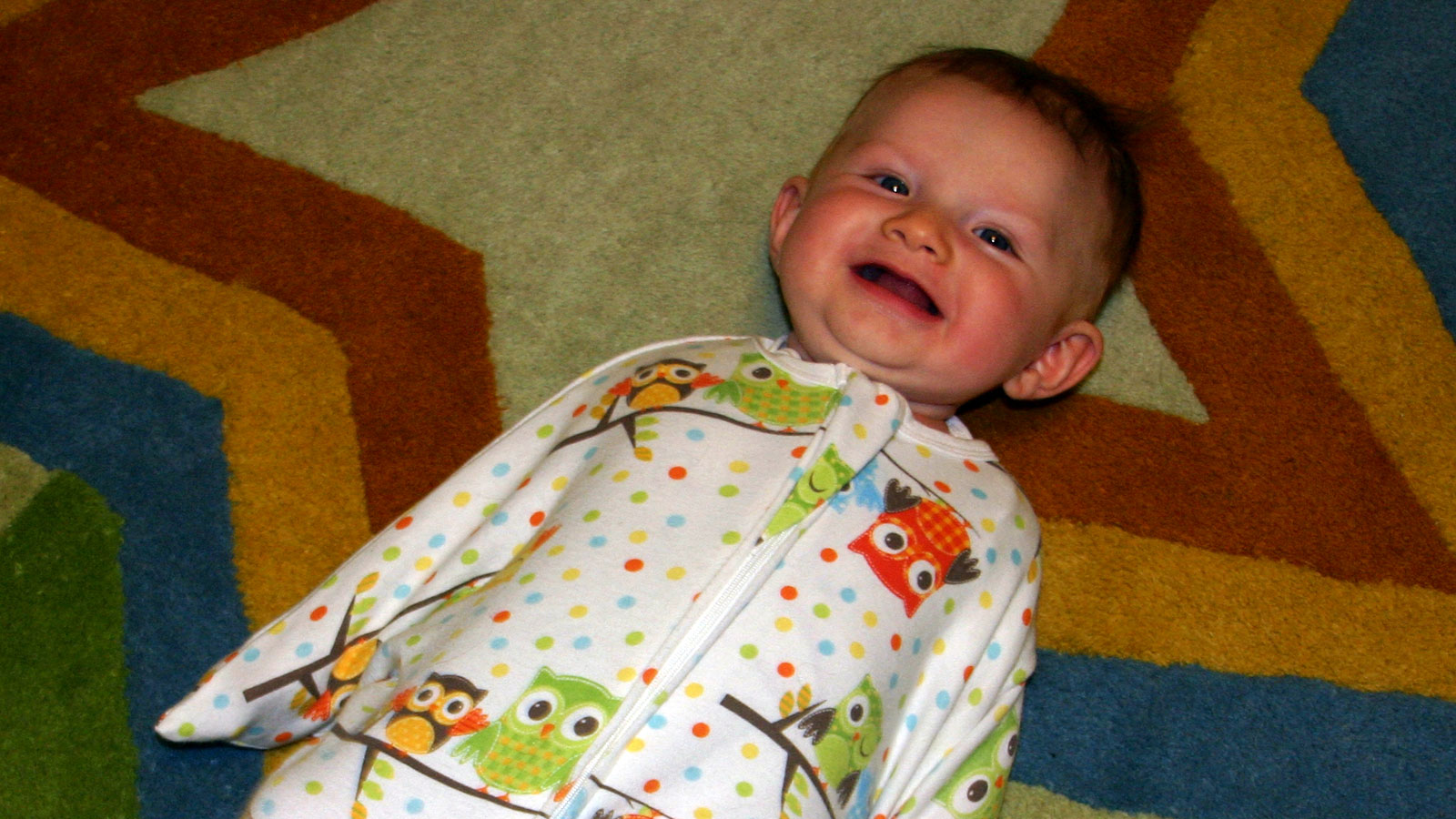 How bad do you want to try one? Well this is your lucky day then, because besides Stephanie graciously sending me a Zipadee-Zip to test out on Popeye, she has also offered to give one to a reader, free of charge! Enter below and the winner will get to pick any design and any size from the Zipadee-Zip online store.

The Zipadee-Zip is the real deal. It's well made, smartly designed and contains just the right amount of baby magic. The little one just relaxes once you get it on them, plus there's the added benefit of them looking ridiculously adorable. It's a win-win.

Surprisingly, to us at least, we had a really hard time finding baskets for the nursery. Either we found a color we liked in the wrong size, or found the size we needed in the wrong color. Do you know why they call it The Container Store and not The…