If you watched the video above, you may notice that Popeye now has an official name. The birthing center told us that they had to file the birth certificate with the State of Texas within 72 hours of the birth. Apparently Saturday and Sunday contain no hours as far as the state is concerned, so we had to have a name before the end of the work week. Luckily, we handled the pressure like Michael Jordan, tongue out and all, and sank the game-winning shot as the clock hit double zeroes. Actually it wasn’t that clutch, we had until Friday afternoon but we delivered the goods when the birthing center called that morning.

His full name is Connor Jacoby Poore and even though my spellcheck gets all angry when I type Jacoby, I assure you that it is a valid name. There are no familial ties to either of the names, we just like them and thought they went well together. Also, he doesn’t seem to mind when we call him that so I will take that as complete approval on his part.

There is one link though…

Once we agreed on Connor, I secretly focused on middle names that started with ‘J’ because I thought it would be cool to pay tribute to my first kid.

And by kid I mean dog.

And by dog I mean this one: 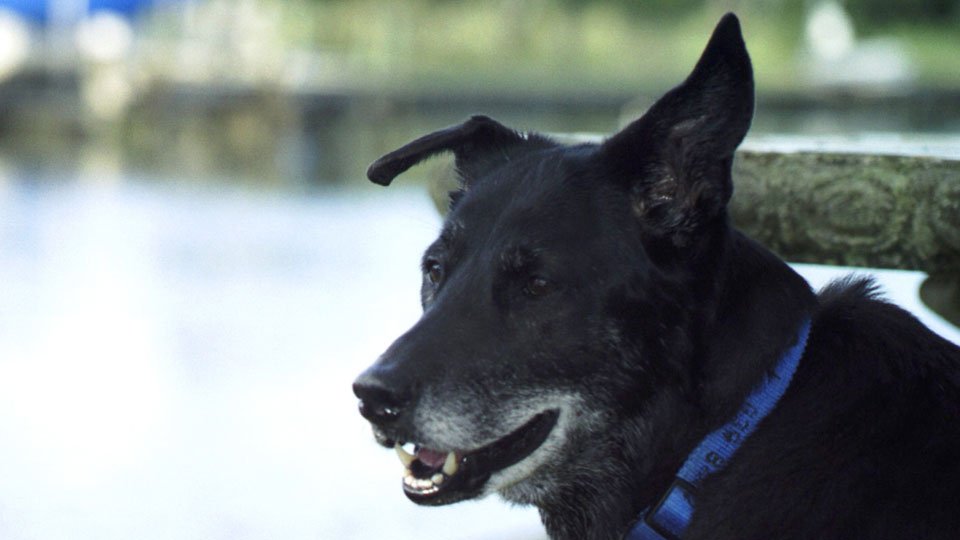 Interesting factoid… Connor actually means lover of hounds so that’s pretty friggin’ cool and totally ties it all together as if we meant to do it (perhaps we will edit the story in the future). It’s also Irish and both of us have some green blood in our veins. Heather even lived in Ireland for a semester and when I visited, we saw some cliffs and kissed some old stone that you’re supposed to kiss.

After seeing some photos, my mom said that Connor looks just like me when I was born. Thanks to a scanner and my trusty Photoshop skills I was able to create a virtual time machine, get it up to 88 miles per hour and produce the following exhibit: 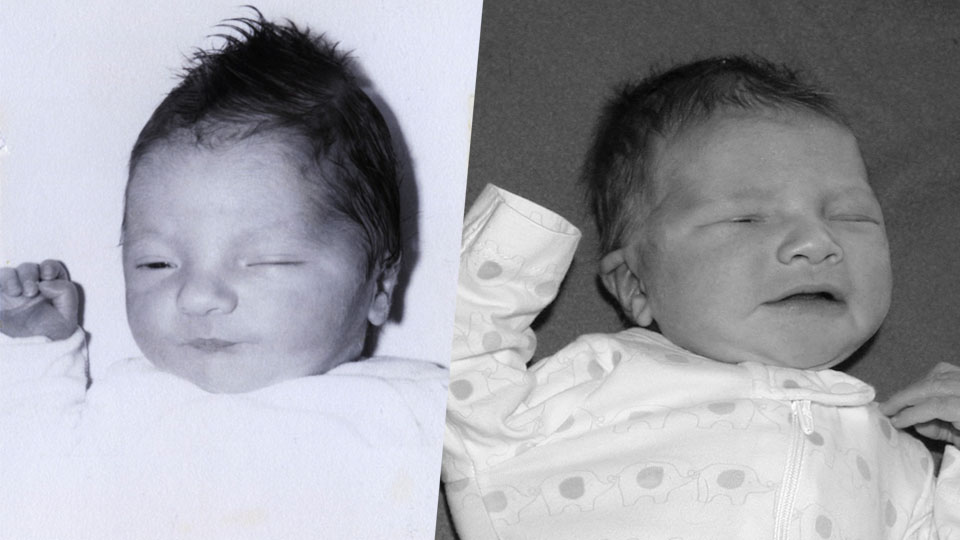 Hey! He totally stole the Popeye face from me!

Needless to say, Heather is a little perturbed that thus far her baby looks like a mini-me.

Vicks NyQuil created two commercials about how parents don’t get to take sick days. The first features a sick dad and the second features an ill mom. While these commercials are short, they make a valid point. Parenting is not a job, it’s a 24/7 commitment.