As I’ve mentioned in the past, we used a birthing center and a midwife to deliver our baby and it included a centering group. This group consisted of other couples who were expecting around the same time and were pregnant for the first time. In the beginning, we met once a month and then it increased as the due dates grew nearer. We met on Mondays in the middle of the day and for the most part, all of the soon-to-be dads were there almost every time.

Since the births, mama and I have gotten to know many of the couples in our group and I’ve gotten a chance to see the other dads interact with their babies. There’s not one in the bunch who shirks their responsibility as a parent. From everything that I’ve witnessed, they are giving their all and are really enjoying their new roles as fathers. 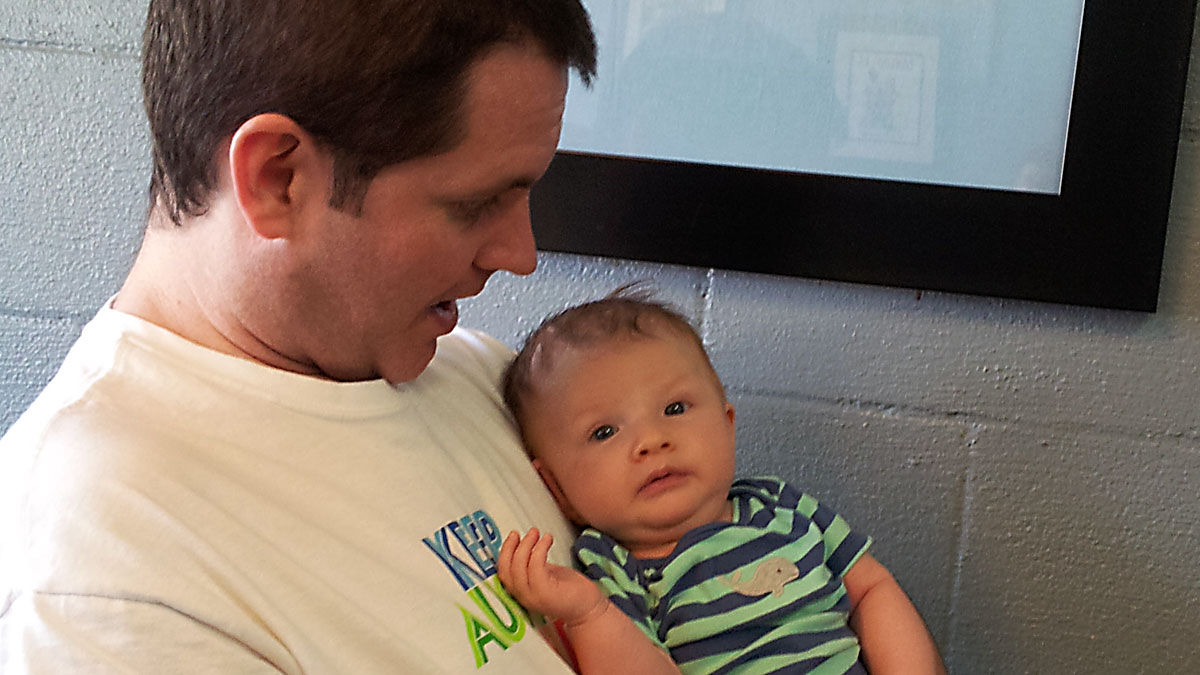 Soon after we had Popeye, I joined a dad blogger group on Facebook. The group consists of stay at home dads, work at home dads, full time job dads and everything in between. The common thread is that they are all present in their kids lives and pull their weight. Just like the dads in our centering group, they are giving their all.

Yet the media still seems to portray dads as either bumbling, lazy idiots or never-around assholes. So perhaps I’m in a bubble and the situation that I’ve surrounded myself in is not the norm. Or maybe, hopefully, fathers are pulling their weight and the rest of the world hasn’t noticed yet. Still, the question remains, what does it take to be a good dad these days?

Though it has yet to happen to me, a common topic that comes up in the dad blogger group is when some of the dads are out alone with their kids and other people share their opinions. Statements like:

Let me repeat, these guys aren’t doing anything special, they’re just out running errands with their kid(s). Now imagine that same scenario with a mom in the place of the dad and you can start to see how offensive it actually is. The next time you see a mom out with her kids, try calling her Mrs. Dad and telling her that she’s doing a bang up job baby sitting. Then sit back and see what transpires.

This. This transpires. All over your stupid face

There are also situations were things get totally out of hand. One member of the dad blogger group took his kid to a public pool for a nice day out and a concerned woman called the cops because she saw a man alone with a child. The cops showed up, separated the father from his son and questioned him. It wasn’t until another woman, who happened to know the man, intervened and stated that he was, in fact, the boy’s dad.

There is absolutely no planet, in no solar system, in no galaxy, in no universe and in no parallel time vortex where that would happen to a mom out with her son. There’s a rule called Occam’s razor that basically states that the most obvious answer is normally the correct answer. What’s the most obvious answer when you see a man and a boy enjoying themselves in public? 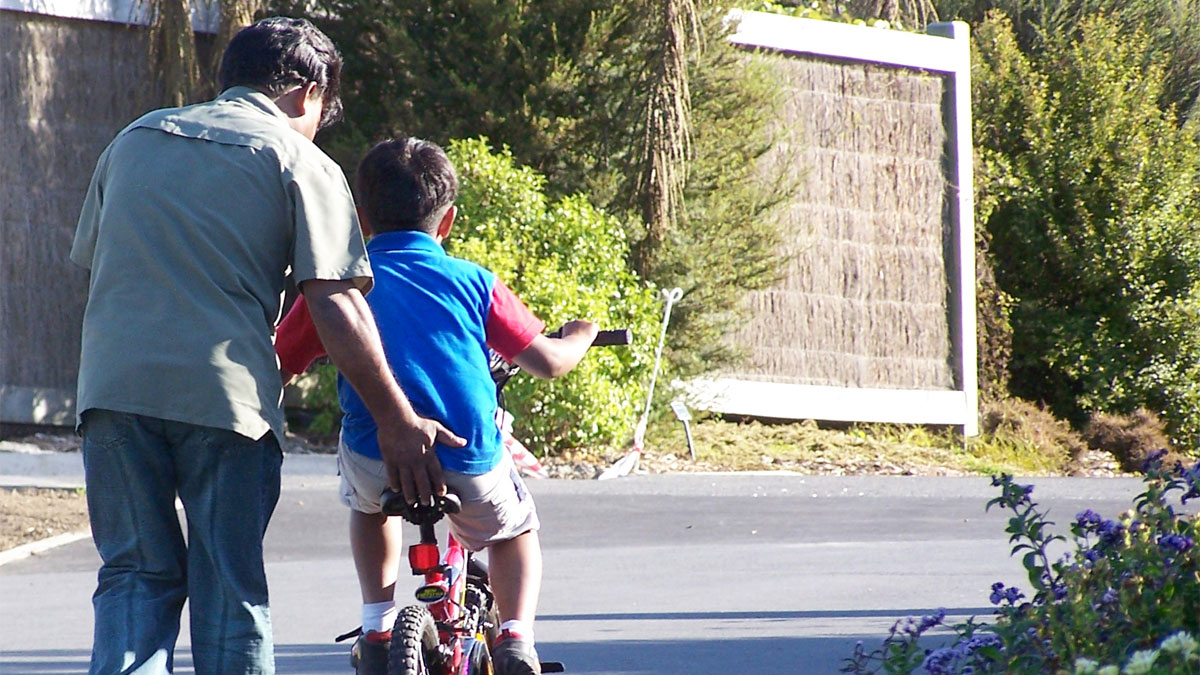 He’s touching his ass! Call ALL of the cops, immediately!

It kind of seems like a lose-lose situation: If you aren’t around then you’re a deadbeat dad, which I think everyone can agree with. But if you are around, you’re either lauded as a god among men for doing everyday tasks or treated like a molester if you’re seen in public alone with your kid.

How about the next time you’re out and you see a man with a child, maybe they’re at the grocery store comparing aluminum foil with plastic wrap, just smile and walk on by. If you have to say something, try “cute kid,” or “nice day, isn’t it?” Or, you can explain that while foil is great for the grill, plastic wrap is much more recommended for microwave oven use.

Much, much, much more.

People always ask me what it’s like being a new dad. How it felt the first time Popeye and I made eye contact. What kind of emotions I feel when I pick him up and he wraps his little arms around me. I’m totally lying, no one actually asks me…